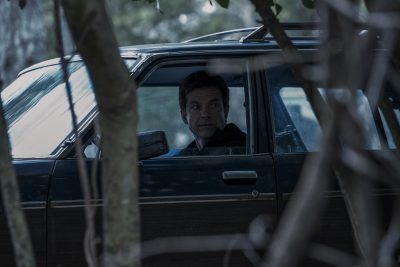 Marty Byrde seems like the quintessential decent guy with a wife and kids and a steady job – as Chicago’s top money launderer.

When Murphy’s Law (‘if something can go wrong it will go wrong) strikes and things go sideways, Marty and his family flee to the lazy lakes region of the Ozarks in Netflix’s new series, Ozark.

Ozark will be released globally on Netflix on July 21, 2017.

Netflix has released a teaser trailer for the highly anticipated series Ozark. Jason Bateman, who serves as an executive producer and director, stars as Marty Byrde, alongside Academy Award ® nominee Laura Linney as his wife Wendy.

The Byrdes and their teenage kids, Charlotte and Jonah, are, for all intents and purposes, an ordinary family with ordinary lives. Except for the job of Marty, a Chicago financial advisor who also serves as the top money launderer for the second largest drug cartel in Mexico. When things go awry, Marty must uproot his family from the skyscrapers of Chicago and relocate to the lazy lake region of the Missouri Ozarks.

Ozark will be released globally on Netflix on July 21, 2017.