The midworld [Purgatory] has been claimed by Sammael Dwaine Stevenson], the leader of The Fallen. None of the archangels – including Michael, the most powerful of them – have been able to bring him down. Now it falls to Gabriel [Andy Whitfield] – and possibly an archangel who has lost her wings, and now known as Jade [Samantha Noble] – to reclaim that land for the powers of good.

Gabriel is a gritty, nasty excursion into the ongoing war between Good and Evil. It looks like a ten or twenty million dollar movie but was made for less than two hundred thousand American. The cast is up to the demands of the script [and the budget]; the story [from Matt Hylton Todd and Shane Abbess] and direction [by Shane Abbess] is first rate and the result is one of those odd little movies that deserve to be seen but frequently aren’t. 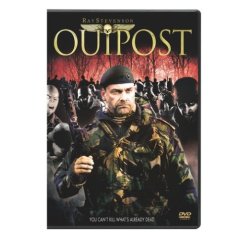 An alleged engineer hires a half-dozen mercenaries to help him find “minerals.” Turns out he’s really looking for a Nazi machine that may have been able to utilize Albert Einstein’s Unified Field Theory to produce a troop of undead super-soldiers.

The cast, led by the always interesting Ray Stevenson [Rome, Punisher: War Zone] is perfectly adequate for the demands of the film. The writing [Rae Brunton] and direction [Steve Barker] build suspense; provide some solid action and some pretty decent chills as everyone begins to realize what they’ve gotten into. 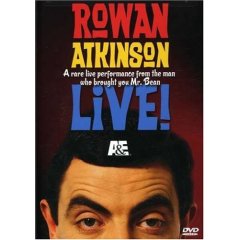 You know him as Black Adder and Mr. Bean, but he’s got a lot more on the ball that just them. Rowan Atkinson Live is a collection of some of the best comic sketches in the Atkinson repertoire – including: It All Began With A Sneeze [during a sermon at church], The Art of Acting [Atkinson shows the many facets of Shakespearean characters], and The Good Loser [a bitter actor accepts a theatre award for his co-star, who has gone to better things – namely a big Hollywood movie]. 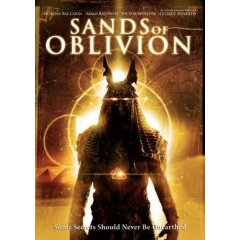 Cecil B. DeMille [Dan Castelleta] buried the sets of his first stab at The Ten Commandments under the dunes of the California desert. Why? And does it have something to do with some genuine Egyptian artefacts he used as set decoration? Archaeologists Dr. Alice Carter [Morena Baccarin] and her soon-to-be ex-husband, Dr. Jesse Carter [Adam Baldwin] are trying to find out – with the help of Iraq veteran Mark [Victor Webster]. Oscar®-winner George Kennedy and John Aniston help round out the cast.

Between re-creating biblical plagues, and nasty version of an Egyptian god and a budding romance [and subsequent jealousy], Sands of Oblivion a few good scares, a few decent FX and a genuinely unique take on the whole Egyptian horror film thing. The ancient Egypt prologue was directed by low-budget horror veteran Kevin VanHook. The film proper was written by Jeff Coatney and directed by Dan Flores. 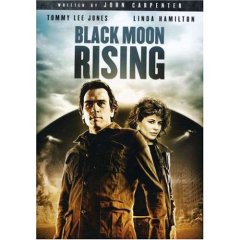 When the government can’t obtain evidence in a major criminal case, they hire master thief Sam Quint [Tommy Lee Jones] to get it for them. After the beautiful Nina [Linda Hamilton] steals the experimental car – the Black Moon – in which he hid it, she leads him to a high-class auto theft ring headed by suave, but merciless Mr. Ryland [Peter Vaughn].

This double-heist flick features the crème de la crème of character actors – Keenan Wynn, Richard Jaeckel, Bubba Smith – in a story from John Carpenter. Director Harley Cokliss holds the pace in ways that build tension and allow for some terrific stunts [one of which is totally amazing – if completely improbable].