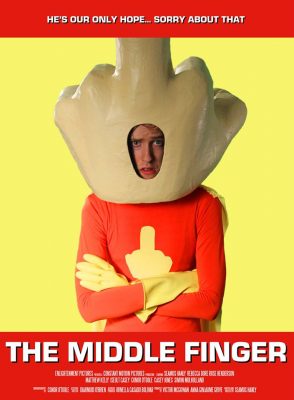 The Middle Finger tells the story of Dennis (Hanly), a lonely and frustrated teenager who is reluctantly transformed into a superhero. Embedded with the symbol of a hand showing its middle finger, Dennis must awkwardly endure his training and save his world from extinction!

Written, directed and scored by star Séamus Hanly, The Middle Finger has screened in a number of film festivals and is coming soon to Watch.Troma.Com. It could be the next Sgt. Kabukiman NYPD.