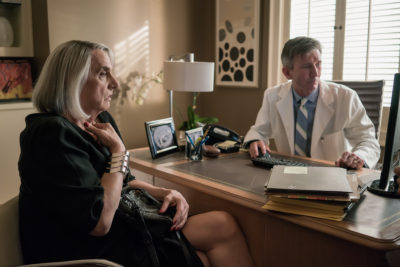 All episodes are available for streaming on Amazon Prime Video today

In Transparent season three, our nuclear family splinters into disparate journeys on their continued path of self-discovery. After a jarring reality check, Maura, having found romantic partnership with Vicki and acceptance from her family, seeks to become the woman she envisions through gender confirmation surgery. Shelly relishes in her newfound love with Buzzy and finally discovers her voice – she’s going to tell her side of the story whether her family likes it or not. Meanwhile, Sarah and Ali embark on two different approaches to connecting to their spirituality. Sarah creates an East Side religious movement, but discovers that her own narcissism gets the best of her. Ali starts to have nitrous induced visions, causing her to question her career path and her relationship with Leslie. And Josh, disengaged from work and love, suffers from a harrowing loss that forces him to reconcile with his past once and for all. All paths converge on a family cruise to Mexico, affirming that though their family history is murky, each Pfefferman is their truest self when they come together.