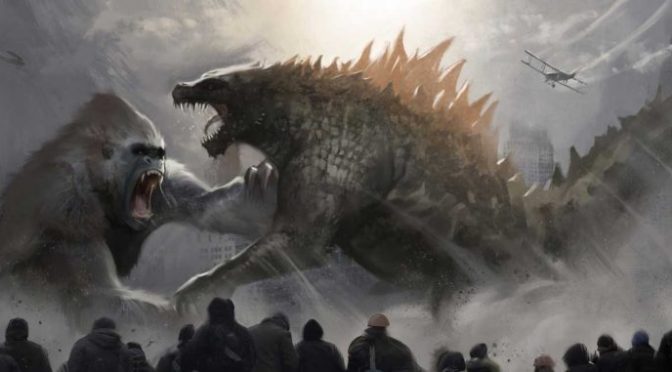 It’s time to get excited about the upcoming science-fiction movies scheduled for release in 2020. Many hotly-anticipated films are making their way to cinemas in the new year. Here are three of the best that you will undoubtedly want to check out.

Two of the most famous giant monsters of cinema finally get to share the screen in Godzilla vs. Kong, which is due for release in 2D, 3D, and IMAX, in March 2020. A sequel to 2019’s Godzilla: King of the Monsters and 2017’s Kong: Skull Island, this promises to be a thrill-riding, action-packed movie that you won’t want to miss. Incredibly, this is the 36th film to feature the giant lizard. Godzilla first appeared in the eponymous titled Ishir? Honda 1954 movie. King Kong has an even older cinematic history. The colossal ape first hit the silver screen in 1933, and he has since appeared in a further 11 films.

With the massive dinosaur-like Godzilla battling the world’s biggest primate, it’s anyone’s guess as to which movie-monster will reign supreme in this much-anticipated movie. If you can’t wait until March, you could get ready by playing video games like the online game Godzilla: Crisis Defense, or other giant-monster games like the Dinosaur Kingdom slot game, which you can play at Casumo casino.

Based on the first novel in Eoin Colfer’s series of books that follow the adventures of 12-year-old criminal mastermind Artemis Fowl, this 2020 movie looks set to be just as popular as the critically acclaimed and popular books. The story sees Fowl kidnapping a fairy in the hope of receiving a hefty ransom of gold and seeking out his father, who has mysteriously disappeared. Things are never as simple as they seem, though, as the Lower Elements Police fairy force is soon on Fowl’s tail.

Fans of the book series are hotly anticipating this movie adaption that’s due for release by Walt Disney Studios in May 2020. Even if you’ve never read the Artemis Fowl Young Adult novels, this promises to be a treat for any fan of science-fiction fantasy adventure films. With eight books in the series, if this movie is the box-office smash it is expected to become, it looks likely that there will be plenty more Fowl films to come in the future.

A new Bill & Ted movie? Woah! Most excellent! Yes, after a gap of 29 years, the most-loved youthful metalhead slacker time travelers of all time are back. The first two movies, Bill & Ted’s Excellent Adventure and Bill & Ted’s Bogus Journey, made the title characters into cult figures. There’s been speculation about making the third film ever since. Indeed, the script for Bill & Ted Face the Music first appeared way back in 2010, but difficulties in finding a distributor to back the production has seen it become delayed again and again.

Finally, this movie is happening. It is currently scheduled to hit cinemas in August 2020. In this third movie of the franchise, the story finds the infamous heroes living monotonous middle-aged lives. But the duo is soon facing comedic and whacky adventures again after they receive a warning from a visitor from the future that the earth and the whole universe could become destroyed if they don’t create a bodacious song. With the original writers of the first two movies onboard, this looks set to be much better than your average money-making sequel.