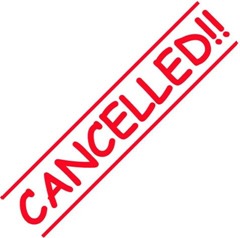 They’re dead, Jim. 22 Shows from the 2013-14 broadcast season were cancelled in anticipation of gathering better ratings with new ones. What went wrong? Here are a few thoughts on that… 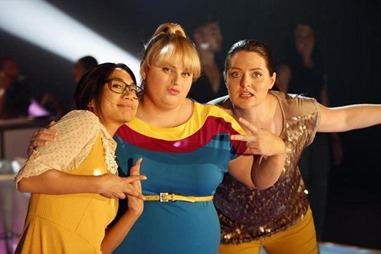 Mixology – a bunch of people whose lives cross over an evening in a bar. After several episodes, shouldn’t these people be in a drunken stupor? The show was.

The Neighbors – 3rd Rock From the Sun with a neighborhood instead of a single family. Started out awful, got a lot better. Lost too many viewers when it was awful and ABC failed to woo them back with a second (much better) season.

Suburgatory – a New York City father and daughter move to the ‘burbs. Satire ensues. George and Tessa Altman were outsiders forging their way in a strange new world. The show introduced them to a cast of characters who started out as archetypes and, over the show’s fifty-seven episodes, became well-developed characters. The problem was that the show was never a runaway hit and normal wear and tear kept it from ever being anything but a bubble show. Finally, the bubble burst.

Super Fun Night – I know! Let’s put Rebel Wilson in a show where she doesn’t get to be Rebel Wilson! Crickets. Cancellation. You bet.

Trophy Wife – an older guy, with a couple of ex-wives, marries a much younger blonde beauty. The thing is, she’s also smart and funny. Apparently, audiences wanted the wife to be a dumb blonde. That’s kinda sad. 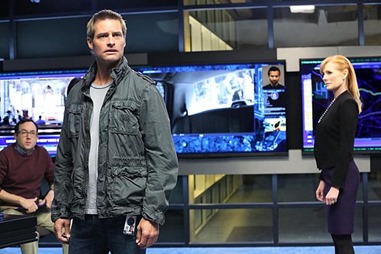 Bad Teacher – a watered down, unfunny version of an R-rated movie that was very funny, this was a show that wasted a first-class by trying to be empathetic. Had this been on Showtime, it might have been able to capture both the edge and the humor of the movie. On network television, with neither, it was pretty much doomed from the get-go.

Community – terrible students at a fifth-rate community college trying to better themselves. Often wildy funny, frequently not so much. Community’s uneven quality and lack of a larger audience – plus problems between the network and the show’s creator – led to a show that stayed on the air because NBC had nothing better to put in the timeslot. Now they think they do. Here’s hoping they’re right. Even at its worst, Community swung for fences (Claymation, paintball, Inspector Spacetime). You gotta love that.

The Crazy Ones – Terrific pilot (Robin Williams and James Wolk riffing – and Wolk keeping up! Awesome!). Then things got weird(er) but not necessarily better. Probably not the best show for showcasing Sarah Michelle Gellar – not with Williams and Wolk inhaling all the air in the room. Even as the straight person, Gellar just couldn’t quite keep up.

Friends With Better Lives – the first network sitcom to make laugh throughout. Rude, crass, probably too on the nose for a lot of viewers. Another show that might have worked much better on cable, there was a sense that it had to be restrained too much. Still, it didn’t really get much of a shot.

Hostages – set up a hostage situation and promise to start killing hostages if conditions aren’t met. When they aren’t met, don’t follow through. That’s pretty much it in a nutshell. Great cast, great premise – for a two-hour movie…

Intelligence – the next logical step for using technology – implant a computer chip in someone’s brain. In this case, a former Special Ops guy who has shown ingenuity and toughness above and beyond the call. Put him to work on cyber-crimes – including espionage and anti-terrorism. Handcuff him by assigning a Secret Service agent to protect him (mostly from himself). Fun! Intelligence had decent but not amazing ratings for a show that cost 50% less. And there it was… gone! 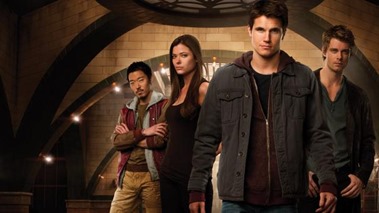 The Carrie Diaries – Based on a prequel series to Sex in the City, The Carrie Diaries told the story of how young Carrie Bradshaw came to be the famous fashion plate/writer she was in SitC. AnnaSophia Robb was terrific in the role of young Carrie, but the show never became the unique animal that SitC was. And 80s-set dramedies are kinda passé.

Star-Crossed – Romeo and Juliet crossed with District 9 – with a dash of every high school show you’ve ever seen thrown in. Therein lies the problem. What could have been a classic was simply too vacuous and lame-brained to generate an audience that cared.

The Tomorrow People – based on a popular British show (two incarnations of which generated 93 episodes), The CW’s take on the kids who were the next step in human evolution came out of the gates fast. The pilot was very good and the cast outstanding. Within a few episodes, though, it turned into genre silliness; ratings sank and, after a valiant effort to get back on track, TMP concluded with a finale that would have turned it into something else entirely. Plus, it just never quite had that sense of fun that made the original so enduring. 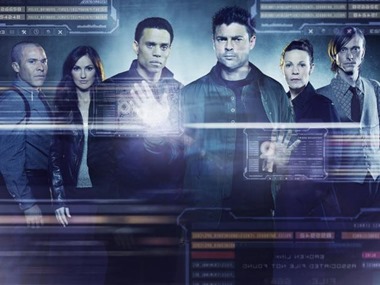 Almost Human – in the future police are so undermanned that every human cop has to be partnered with an android. An early type proved too unstable so more robotic types were settled on. When Detective John Kennex tosses his partner under the bus (well his car, actually), he is assigned Dorian, one of the unstable ones – one programmed for human emotions. Lovely premise, really good show – expensive to make. Too expensive for the audience numbers it drew. Gozo.

Dads – take a cast that is metaphorically comedy gold and put them in a show that’s ageist, racist, sexist and unfunny, and you’ve got Dads. The wonder isn’t that it got canceled – it’s that it ever got on the air.

Enlisted – McHale’s Navy in the army – minus the laughs.

Surviving Jack – successful man takes a break to look after the kids while his wife goes to law school. Jack is hard-nosed but loves his kids – not quite a tiger dad, but close. Not a bad show, but as a mid-season replacement, it never really got a chance to flourish and develop. 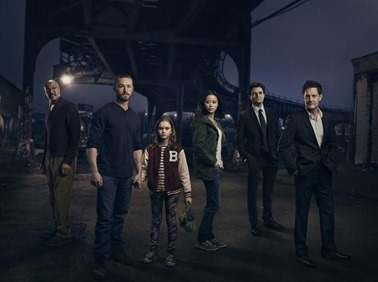 Believe –10-year old Bo has enormous paranormal gifts and has taken from a research facility where her gifts would have been developed for use as weapons by the U.S. government. She is placed in the care of an escaped convicted murderer who just happens to her father – and wrongly convicted. Co-created by Alfonso Cuaron, Believe was meant to be a fun ride that also gave its audience the message that there is always hope. It took some questionable turns, plot-wise, but was still a better show than most of the ones on this list. In the end cost combined with a dwindling audience got it canceled.

Crisis – after the failure of CBS’ Hostage, NBC still put this on the air. Considering that its characters weren’t half as interesting, and the premise (taking hostages to force people to do stuff they normally wouldn’t) had been done, badly, once already, an audience never really materialized for Crisis because they figured it would be awful. It wasn’t awful, but it wasn’t good, either.

Growing Up Fisher – J.K. Simmons was brilliant as the blind head of the Fisher family – who pretended to be seeing and generally got away with it until his son told him it didn’t matter. Take blindness out of the equation, however, and Growing Up Fisher was just another mediocre Wonder Years wannabe.

Revolution – what would happen if every electrically-powered thing on Earth just stopped working? That was the initial premise of Revolution – one that didn’t last half-a-dozen episodes into the show’s run. In the end, it was just another post-apocalyptic show, and one that never really established an identity.