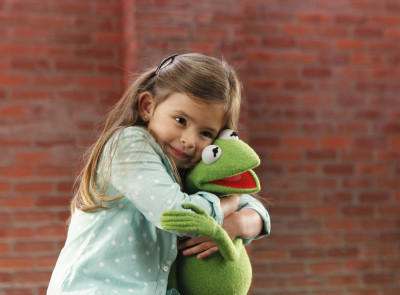 Jim Henson’s beloved Muppets are returning to television is a short-form series on Disney Channel.

Muppet Moments consists of conversations between various Muppets – including Kermit the Frog, Miss Piggy and Fozzie Bear – as they have conversations with kids about topics like apologies, manners and favorite foods. 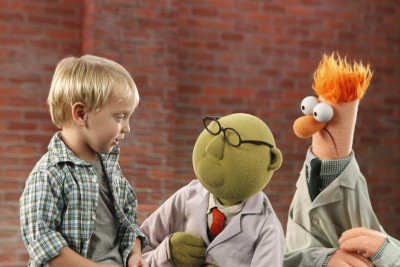 Kermit the Frog, Miss Piggy, Fozzie Bear and other beloved Muppets star in Disney Junior’s “Muppet Moments,” a new short-form series of amusing conversations between Muppets and young kids about everyday topics including “apologies,” “favorite foods” and “manners.” The series will debut on Disney Channel with four shorts premiering FRIDAY, APRIL 3 (8:25 a.m., 8:55 a.m., 9:25 a.m. and 9:55 a.m., ET/PT) and a new short airing daily through Friday, May 8. New shorts will continue to rollout throughout 2015 and will also be available on WATCH Disney Junior.

Nancy Kanter, Executive Vice President, Original Programming and General Manager, Disney Junior Worldwide said, “The Muppets have been a part of nearly every family’s life, and we are delighted to bring back fond memories of these iconic characters for parents and create new ones for the youngest members of the family. ‘Muppet Moments’ highlight the Muppets doing what they do best – making kids and families laugh while showcasing compassion and heart. Our hope is that viewers will come away seeing how funny and special the Muppets really are.”

Kermit the Frog added, “In show business, they say never work with kids or animals. Well, on ‘Muppet Moments’ we break both those rules and a lot more – and the results are fun, silly, and even inspiring.”

In addition to Kermit the Frog, Miss Piggy and Fozzie Bear, “Muppet Moments” will feature appearances by The Great Gonzo, Animal, Beaker, Dr. Bunsen Honeydew, Rowlf, Bobo, The Newsman, Rizzo, Sam Eagle and Pepe the King Prawn. The series is produced by Alex Rockwell and directed by Bill Barretta. It is a production of The Muppets Studio in association with Disney Junior.

For 60 years, the Muppets have captured audiences with their unique blend of heart and humor. The Muppets, created by the late visionary Jim Henson, are among the world’s most iconic and beloved characters. Led by the world’s most famous amphibian, Kermit the Frog, the Muppets have starred in eight feature films, Emmy Award-winning television series and specials, Webby Award-winning online videos, as well as hundreds of press appearances worldwide.

Disney Junior reflects the emotional connection generations of consumers have to Disney storytelling and Disney characters, both classic and contemporary. It invites mom and dad to join their child in the Disney experience of magical, musical and heartfelt stories and characters, while incorporating specific learning and development themes designed for kids age 2-7. Disney Junior’s series blend Disney’s unparalleled storytelling and characters kids love deeply with learning, including early math, language skills, healthy eating and lifestyles, and social skills. In the U.S., Disney Junior is a daily programming block on Disney Channel and a 24-hour channel reaching over 73 million U.S. homes. In total, there are 34 Disney Junior channels in 25 languages around the world.