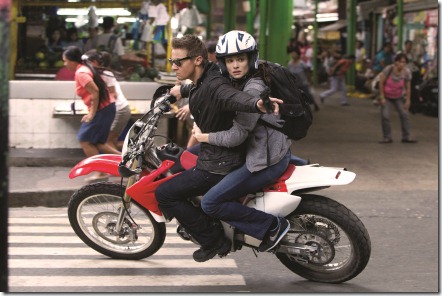 The first act of The Bourne Legacy sets up its new levels of intrigue in juxtaposition with Jason Bourne’s arrival (as seen in The Bourne Ultimatum. As Gilroy cuts between a solitary figure in Alaska and events transpiring behind the scenes in Manhattan, we learn that the man in Alaska is Aaron Cross (Jeremy Renner) and that Bourne’s arrival in Manhattan – which is constantly alluded to but never seen – has sparked panic mode in a trio of ultra-super-secret types.

The decision is made to shut down every program that might be so much as hinted at in the revelation of Treadstone and Bourne. What this means is that people will die. Lots of people. Beginning with Cross’ fellow operatives for Outcome, an intelligence group working for the Department of Defense, and including everyone who had any knowledge of Outcome’s existence – like, say, the scientists behind the meds that give Outcome operatives an improved body – muscles, stamina, intelligence…

When the attempt on Cross’ life fails, and Dr. Marta Shearing (Rachel Weisz) one of the scientists marked for death survives, we can immediately assume that the two will wind up working together to stay alive. Cross, it turns out, has a really good reason to seek out Shearing – besides the whole survival thing. 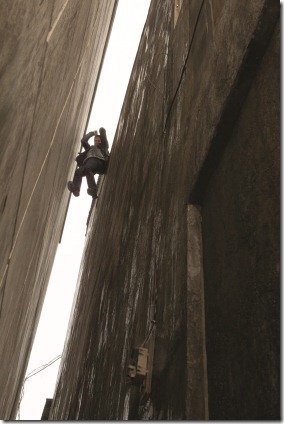 The Bourne Legacy is almost as frantically paced as the first three Bourne films but, weirdly enough is even more of a character piece. Despite the plentiful action, there is plenty of time allotted for getting to know Cross and Shearing. As just one example, if we were in Cross’ position, we’d be seeking pharmaceutical assistance from the good doctor, as well.

Between the editing in the first act to set up the situation, the remainder of the film zips between the present and Cross’ past; the character beats and some solid (and occasionally inspired) action sequences. There’ a motorcycle chase that is absolutely amazing, and some fight sequences that are strikingly original.

Gilroy and his brother Dan have not only found a new way to work within the Bourne series minus Matt Damon/Bourne, their premise means that there are probably a half-dozen other avenues to explore should Legacy make enough at the box office to warrant a sequel. And maybe it’s just, but I was looking for the moment of idiot plotting that would make the whole thing fall apart (Gilroy has done before, as in Michael Clayton where a simple phone call would have given the corporation’s brightest star a more sensible situation to work around) and was pleased to see nothing glaring.

There’s even a potential foe from a slightly more advanced group than Outcome – whose top operative, LARX- #3 is thrown into the mix. It’s almost as if a more credible version of Captain America was set up to fight an Asian Red Skull.

The film’s conclusion is sudden and odd, but definitely leaves room for the series to continue.

One thought on “The Bourne Legacy Adds New Dimensions to the Series!”