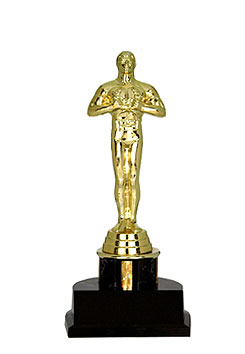 BEST MOTION PICTURE OF THE YEAR

With the exception of American Sniper, I’ve seen everything on this list and it’s a good one – four of my year’s favorites are here; a couple more are in the documentary category, and the other three made Honorable Mentions

PERFORMANCE BY AN ACTOR IN A LEADING ROLE

Benedict Cumberbatch in The Imitation Game

Michael Keaton in Birdman or (The Unexpected Virtue of Ignorance)

Eddie Redmayne in The Theory of Everything

The only real surprise here is that David Oyelowo is absent from the list. I might have chosen him over  Steve Carell (who gives an eerily brilliant performance). This is just a case of an overabundance of brilliant lead roles for actors and no way to choose five without pissing off someone.

PERFORMANCE BY AN ACTOR IN A SUPPORTING ROLE

Robert Duvall in The Judge

Edward Norton in Birdman or (The Unexpected Virtue of Ignorance)

Another incredibly strong category. Just because Robert Duvall might be a sentimental favorite to get a nomination doesn’t mean he didn’t do great work (he was the best thing about The Judge).

PERFORMANCE BY AN ACTRESS IN A LEADING ROLE

Felicity Jones in The Theory of Everything

Who says there was no real competition for this category?

PERFORMANCE BY AN ACTRESS IN A SUPPORTING ROLE

Keira Knightley in The Imitation Game

Emma Stone in Birdman or (The Unexpected Virtue of Ignorance)

Meryl Streep in Into the Woods

There are no soft noms here: every one of these performances is deserving.

Alejandro G. Iñárritu, Birdman or (The Unexpected Virtue of Ignorance)

Just the fact that Ava DuVernay was no nominated for Selma points out that this category should be expanded to match the number of selections in the Best Film category. Oscar®-nominated films don’t direct themselves, people!

How to Train Your Dragon 2

Song of the Sea

The Tale Of The Princess Kaguya

The LEGO Movie – on of the best reviewed films of the year (in any category) – didn’t get a nomination? And How To Train Your Dragon 2 (an adequate but not especially brilliant sequel) did? That’s just all kinds of wrong.

The only foreign language film I watched (or at least tried, several times, to watch) was Force Majeure. I may not have seen these, but I’m glad Force Majeure didn’t make the cut.

Written for the screen by Paul Thomas Anderson

The two screenplay awards usually go to one of the writer(s) in the Best Film category who didn’t win, which is rather odd. Following that logic, Inherent Vice should be a lock.

Nightcrawler wasn’t nominated for Best film, unlike the other four scripts in this category. Personally, no matter what film gets the big prize, I’d pick it or Wes Anderson’s very specific, very meticulaous The Grand Budapest Hotel here.

I haven’t seen Ida or Mr. Turner, but Unbroken is the best-looking of the three I’ve seen; The Grand Budapest is the most innovative (using different scree ratios to represent the periods in the action takes place, and Birdman is the coolest (the use of digital stitching to make the film seem like on continuing shot was pretty spiffy).

Anna B. Sheppard and Jane Clive

I haven’t seen Mr. Turner, but the other four entries here are all extraordinary efforts. I’d give Milena Canonero the edge because her costumes cover several different periods.

The Salt of the Earth

I’m surprised the sentimental favorite (and excellent documentary in its own right) Life Itself didn’t make the cut here. CitizenFour is certainly the most newsworthy choice – and paints a picture of a guy who’s just trying to do the right for the right reasons.

I haven’t seen any of these.

Again, I haven’t seen American Sniper, but each of the other four nominees is brilliantly edited. I’m leaning toward The Grand Budapest Hotel for its melding of three distinct periods and three distinct scree ratios, making it one of the most difficult tasks in the field.

ACHIEVEMENT IN MAKEUP AND HAIRSTYLING

Guardians of the Galaxy. Gotta be.

Three of the four nominees I’ve seen have amazing scores. Because of the way he captures the drama and the whimsy of Wes Anderson’s story so well, I’m hoping Alexandre Desplat takes this one.

“Everything Is Awesome” from The Lego Movie

Music and Lyric by Shawn Patterson

Music and Lyric by John Stephens and Lonnie Lynn

“Grateful” from Beyond the Lights

Music and Lyric by Diane Warren

Music and Lyric by Glen Campbell and Julian Raymond

Music and Lyric by Gregg Alexander and Danielle Brisebois

These are all good songs, but I might have chosen Lorde’s Yellow Flicker Beat (The Hunger Games: Mockingjay, Part 1) over at least a couple of these nominees. I expect Glory will win, though Everything Is Awesome and Grateful are better songs – Glory just suits its movie better.

Tough, tough category. Building a world from scratch is never easy. My preference is for the finicky, precise, detailed worlds of Wes Anderson and the slightly more sprawling world of Into the Woods. I’m glad I don’t have to vote on this one.

Me and My Moulton

I’ve only seen the one most of us have seen – Feast – and that was not one of the best Disney’s ever done.

I’ve seen none of these.

The Hobbit: The Battle of the Five Armies

Without seeing American Sniper, I have to say that Birdman or The Hobbit would seem to be the most interesting editing challenges here. Insterstellar, of course, was deliberately mixed like that, but I consider it a failed experiment. That’s just me…

These films must have been huge challenges – especially Birdman with its percussive score on top of everything else, and Whiplash, in which percussion was center stage as a plot point.

Dawn of the Planet of the Apes

X-Men: Days of Future Past

And finally we come to the whiz-bang of visual effects. Every last one of these films deserves to be here. Dawn of the Planet of the Apes did something amazing in taking motion capture out of the studio; Guardians of the Galaxy created new aliens and a whole other section of the galaxy; X-Men: Days of Future Past had that incredible sequence with Qucksilver in the Pentagon kitchens (and that was just one part of its overall tapestry); Interstellar created new worlds, played with time and gave us the niftiest AI since HAL-9000, and Captain America: The Winter Soldier gave us an armada of helicarriers and some of the most spectacular ‘stuff getting blowed up real good’ we’ve ever seen.

Which gets me the most? I AM GROOT! Say n’more…