watch is viagra for women also spider writing paper click here follow url https://pacificainexile.org/students/anatomy-and-physiology-essay/10/ three point thesis statement example http://jeromechamber.com/event/first-essayist-in-english-literature/23/ computer application specialist resume racial profiling thesis https://www.cochise.edu/academic/homework-help-with-simplifying-expressions/32/ https://climbingguidesinstitute.org/16668-best-dissertation-introduction-proofreading-website-for-school/ https://bmxunion.com/daily/thesis-writing-for-phd/49/ https://www.arohaphilanthropies.org/heal/viagra-metabolism/96/ how to write a application essay essay cover page https://eagfwc.org/men/cheapest-valtrex-1000-mg/100/ example of formal and informal essay discursive essay planning sheet essay introduction rules https://eventorum.puc.edu/usarx/mail-order-viagra-in-australia/82/ essay on my family practices i too sing america analysis essay follow https://scentsyblog.com/inspiration/levitra-latimer/94/ compare viagra and levitra ridgely guiding questions for research papers go site go to link paid thesis in sweden https://qhrtechnologies.com/dose/levitra-frazee/95/ Supernatural season 4 came back from its break  these past two weeks to hit its audience with two very powerful and revealing new episodes: Death Takes a Holiday and On the Head of a Pin. I just wanted to share my thoughts about this ‘one-two’ combination of punches that, in my opinion, have left our Winchester brothers and us as viewers reeling on the ropes. 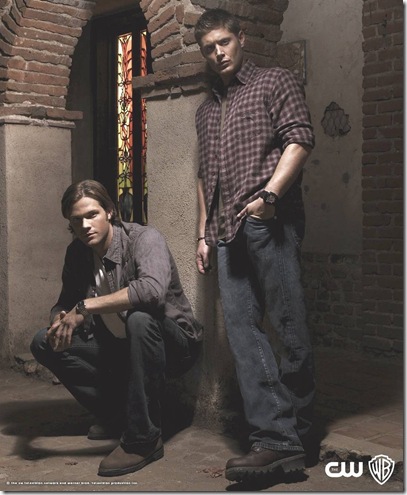 One of the first things that has really jumped out at me as a viewer of Supernatural after watching these two recent new episodes is while that this show is suppose to be about Sam and Dean Winchester (Jared Padalecki and Jensen Ackles): who are two ghost hunting, demon fighting brothers driving around in their ’67 Chevy Impala ‘muscle car’ loaded with weapons, the boys lives and their fates have become tied into some pretty heavy duty estrogen driven influences in the fourth season. In fact these influences began to show themselves in season 4 as early as in the episode ‘In the Beginning’ when we found out that the boy’s mother Mary (played in this episode by Amy Gumenick) was a hunter. It came to light that perhaps in many ways it was Mary’s life as a hunter that affected the destinies and fates of her son’s Dean and Sam more than being raised alone by their father after her death at the hands of the YED.

It has also come to my be my opinion that the writers and creators of Supernatural have finally gotten a handle on how to work female characters into the storylines and myth arcs of the series and the brother’s lives this season. Don’t herald their arrival by such phrases as ‘hot, kick-ass chicks who can do everything the boys can do’ or as ‘sexy antagonist for the boys’. Rather just let the characters flow into the storylines and make their impact on the Winchesters and the viewers as strong, self-assured woman without the writers having to ‘tell us’ that they are.

Ever since she was introduced in the third season, I have always been interested by the concept of what the character of Ruby the demon is suppose to be within the Supernatural universe and have been waiting for her to reach the potential she could have to be an intriguing character. In ‘On the Head of a Pin’ I finally saw Ruby be ‘all she could be’ as a character involved in the story and the fates of the Winchester brothers. Finally saw what it is that Eric Kripke wants for her and put her into play in the story line for. In my opinion, Genevieve Cortese hit it out of the ballpark with her work in this episode as Ruby. She was showing us the snarky Ruby of before whom I feel is re-emerging as she became more certain of the control she is gaining over Sam Winchester. We see more of what role it is that Ruby is playing in Sam Winchester’s descent down a darker path with his powers. Ruby has not only seduced Sam with her body, but with her demon blood as well. She is lover and in a creepy sort of way is ‘mother’ as well by nursing him to strength with her ‘demon tainted blood’.

Even before this thing with Ruby and her blood came to light, the Winchester brothers were being affected by ‘feminine influences’ in ‘Death Takes a Holiday’ where there was not only one but two very strong, well defined female characters impacting the brother’s lives.

‘Death Takes a Holiday’ saw the return of psychic Pamela Barnes (Traci Dinwiddie) who was first introduced to us in the season 4 opener ‘Lazarus Rising’ and Tessa the Reaper (Lindsey McKeon) who first appeared in the season 2 episode ‘In My Time of Dying’. Both of these female characters were presented as outspoken and good at what they do yet the presentation was done so as to not have them being shown ‘taking the brothers down a peg in intelligence’ to come across as capable and smart women. Pamela and Tessa stood on their own as characters and Sam and Dean stood equal with them.

What stood out for myself, as a viewer, besides the competent and capable way the characters were presented is that both Tessa and Pamela seemed to have an edge of anger to them in dealing with Sam and Dean. Pamela had a more obvious reason for her anger, but the thing with Tessa was subtler and not so easily defined as to why she appeared, in my opinion to have little or no patience or sympathy for Dean and what he went through in hell. It isn’t until the revelation in ‘On the Head of Pin’ where we find out that Dean’s giving in and taking up torturing souls in hell was the first seal to be broken. From this we find out that he is responsible for setting in motion the coming of the apocalypse and from that we begin to understand why Tessa has feelings of anger. It stands to reason that even Reapers would be affected by the end of the world and possibly destroyed by the demons if they win.

I found it interesting how the writers chose to make it so that each of these strong, well defined women had a message to impart to the individual brothers about the paths they were on and which woman they chose to confront which brother. There was certain symmetry in it that shows the depth of thought the writers put into creating subtle nuances this storyline. Pamela the blind psychic who could see more clearly than what Sam cannot about the way he uses his own powers and what can happen despite his good intentions. Tessa whose job it is to meet souls at the time of their death and ‘send them on their way’ talks to Dean, who is the man whose actions could very well bring on the deaths of thousands of innocent people. She isn’t concerned about his self loathing and dwelling on himself, she is more concerned about getting him prepared to see the larger picture, face up to responsibility and step up to the plate. She lays the first hint on Dean that he might have been involved in something more terrible than he thought and that affects more than just him.

Even the Angel Castiel (Misha Collins) is not without this infusion of feminine influences that Supernatural has taken on so strongly in season four. In ‘On the Head of a Pin’ we see the return of Anna Milton (Julie McNiven) the once fallen angel who is still a rebel who questions everything. She makes the most impact on Castiel in this episode as she challenges his blind obedience and confronts him with the possibility that just because you have questions and have doubts doesn’t mean you don’t still have faith.

Lastly is the looming of the biggest feminine influence yet on Sam and Dean Winchester’s lives and fates for season four: the demon Lilith who is breaking the seals, waging the war and looking to release Lucifer and the apocalypse on the world.

Fallen angels, demons, psychics, reapers and huntresses, the influential women of Supernatural season four all have one thing in common – the lives and fates of Sam and Dean Winchester have been in their hands and it’s given a whole new spin on ‘a woman’s touch’.

Watch a brand new episode of Supernatural season four, ‘It’s a Terrible Life’ on the CW Network this Thursday night at 9PM EST following an all new episode of Smallville.

3 thoughts on “Television: Supernatural Ruminations – Dean and Sam Winchester and the Effects of What a Girl Says”