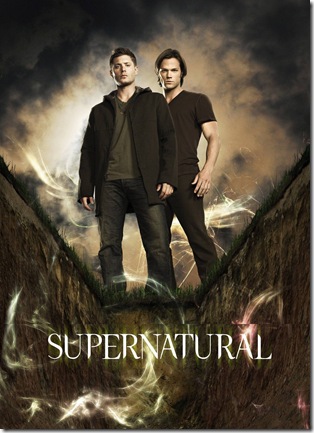 The hit CW action series Supernatural which revolves around storylines regarding the heroic but angst ridden monster hunting/demon fighting brothers, Sam and Dean Winchester, is having a very good day today. After six seasons of being a cult audience favorite, the series won it’s first ever TV Guide cover which prominently features Jared Padalecki (Sam) and Jensen Ackles (Dean) the two handsome and highly talented stars of the series (read the Eclipsemagazine article by Liana Bekakos for the full story).

This Friday, December 10th, Supernatural will air its final first run episode of season 6 before the holidays bring us into reruns. Supernatural S6.11 is titled Appointment in Samarra. In keeping with the good day feeling for the series, the CW Network has released some photos from the upcoming episode to share with fans and viewers alike.

Before we move on to take a look at the photos, I would like to share a few of my thoughts about season 6 of Supernatural.

I am totally enjoying Supernatural season 6. For the first time since the end of season three, Supernatural has taken me to a place I haven’t been with the series in a while – to the edge of my seat in excitement, suspense and anticipation. I’m actually even talking to Sam and Dean on the screen again because I am once more getting fully caught up in the story and the characters. From my perspective (and I may be wrong in this), it seems that there was a decision made to go back and pick up some threads that were present in the beginning of season three, but by necessity, were dropped due to the writer’s strike. The finding out about the Campbell side of the family and a return to what the YED started when we saw him looking for a way to expand his domain and have control over hell. Like I always thought Azazael was doing, Crowley seems to be working towards more of personal gain for himself rather than some grand scheme to free Lucifer.

I have found this storyline of ‘Sam without his soul’ to bring about a refreshing twist on the brothers interactions. I like the opportunity and the challenges that Jared Padalecki and Jensen Ackles are being given as actors to change up the characters yet still retain the essence of what makes them Sam and Dean. Watching Ackles and Padalecki work their magic and constantly rise to challenges has been a big part of making Season six of Supernatural exciting to watch.

I am really enjoying the storytelling as well. I was particularly impressed with the episode All Dogs Go to Heaven. I loved the skin walker analogy to the lives of Sam and Dean who have both tried  to ‘skin walk’ as men in normal lives and their pasts caught up to them. I like how brought home the fact that they ‘skin walk’ in their lives as hunters because they have to wear the ‘skins’  of other professions to gain trust and investigate. I loved the allegory between Dean and Lucky. In Native American teachings, the dog is the symbol of loyalty and service to others. Both Dean and Lucky were fiercely loyal to their families yet conflicted by their need to be of service. It was a brilliant episode. For me, so far this has been a brilliant season of my favorite show.

Now, on to the photos for Supernatural S6.11 Appointment In Samarra, which airs on the CW Network Friday night at PM EST.

Death returns for a meeting with Dean — Dean (Jensen Ackles) seeks out Death (guest star Julian Richings) to help get Sam’s (Jared Padalecki) soul back. Death tells Dean he will help Sam if Dean will agree to act as Death for 24 hours. Meanwhile, Sam decides he doesn’t want his soul back and asks Balthazar (guest star Sebastian Roché) for a protective spell to keep his soul out of his body.  Balthazar tells Sam he needs the blood of his father for the spell to work and since John Winchester is dead, Sam decides Bobby (Jim Beaver) is the next best thing.  The episode also guest stars actress Lindsey McKeon in her recurring role as the Reaper Tessa. Mike Rohl directed the episode written by Sera Gamble & Robert Singer. 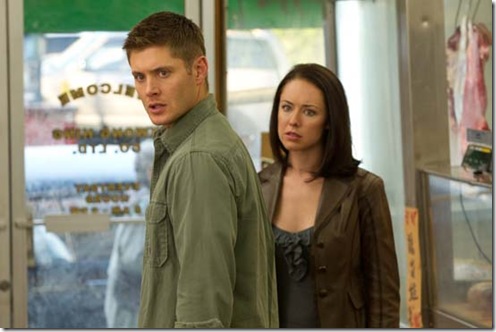 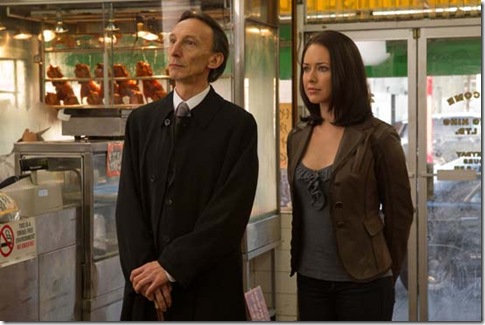 Dean and Death or is it going to be ‘Death by Dean”? 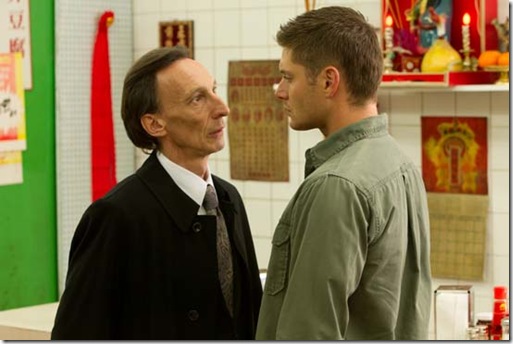 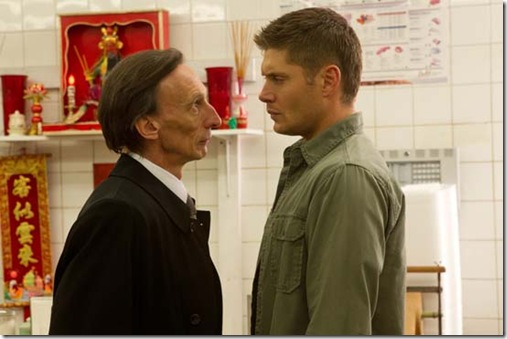 Will Tessa be getting a new boss? Will there be an office romance if she does? 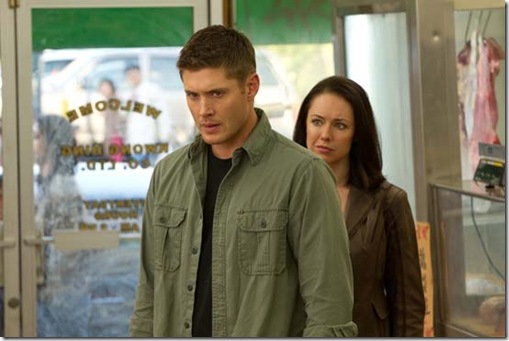 For now, it’s time to just stand back and wait to see what happens. 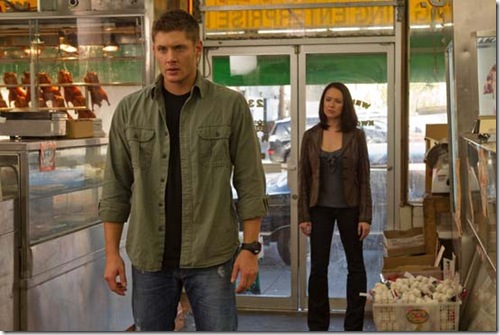 But hey CW, where is Sam?