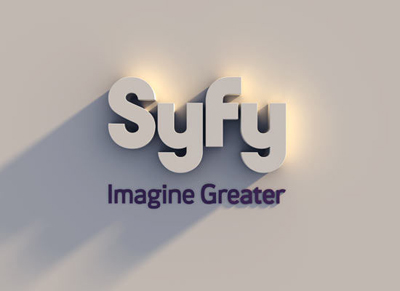 In one of the dumbest rebranding moves ever, one of my favorite networks Sci-Fi Channel is rebranding itself to become the SyFy network. There must be some reason beyond the explanation they give for this change. Their stated reason is they have grown beyond the “generic” Sci-Fi moniker and wanted a new name to reflect that. But really, is SyFy not going to make people think Sci-Fi?  No, my conspiracy radar is up. What’s going on here?  Since Eclipse is part of Sci-Fi’s “Digital Network,” I’m going to see if I can get some email or phone time with Sci-Fi President Dave Howe later this week to see what the dillio is with this. At the very least I’m sure there will be a conference call in a few weeks. I’m sure I won’t get more than what’s in the press release, but I’ll give it the old college try. My characteristic, tactful response to the PR folks who sent the press release “What? This is a stupid idea.”  Read the full press release after the break.

By changing the name to Syfy, which remains phonetically identical, the new brand broadens perceptions and embraces a wider and more diverse range of imagination-based entertainment including fantasy, paranormal, reality, mystery, action and adventure, as well as science fiction. It also positions the brand for future growth by creating an ownable trademark that can travel easily with consumers across new media and non-linear digital platforms, new international channels and extend into new business ventures.

Imagine Greater will become the new brand message and tagline, inviting both consumers and advertisers into a new era of unlimited imagination, exceptional experiences and greater entertainment. Syfy more clearly captures the mainstream appeal of the world’s biggest entertainment category, and reflects the network’s ongoing strategy to create programming that’s more accessible and relatable to new audiences. Syfy will continue to celebrate the traditional roots of the genre, while opening the brand aperture to accommodate a broader range of imagination-based entertainment.

“While continuing to embrace our legacy and our core audience, we needed to cultivate a distinct point of view with a name that we could own that invites more people in and reflects our broader range of programming,” said Mr. Howe in making the announcement. “Syfy allows us to build on our 16 year heritage of success with a new brand built on the power that fuels our genre: the Imagination. Syfy ushers in a new era of unlimited imagination, exceptional experiences and greater entertainment that paves the way for us to truly become a global lifestyle brand.”

Syfy — unlike the generic entertainment category “sci-fi” – firmly establishes a uniquely ownable trademark that is portable across all non-linear digital platforms and beyond, from Hulu to iTunes. Syfy also creates an umbrella brand name that can extend into new adjacent businesses under the Syfy Ventures banner, such as Syfy Games, Syfy Films and Syfy Kids.

Additionally, as the Channel’s footprint expands rapidly around the globe, aiming to reach more than 50 international channels by the end of next year, Syfy meets the need of a globally relevant, trademarkable brand that stands for something unique to the brand in each territory.

The new brand evolution will launch on air and on-line July 7th, in tandem with the premiere of the new scripted drama, Warehouse 13, and the return of breakout summer series Eureka. An aggressive trade marketing campaign will kick off this spring. Scifi.com will assume the URL Syfy.com at that time.

SCI FI Channel is a television network that fuels the imagination of viewers with original series and events, blockbuster movies and classic science fiction and fantasy programming, as well as a dynamic Web site (www.scifi.com <http://www.scifi.com>) and magazine. Launched in 1992, and currently in 95 million homes, SCI FI Channel is a network of NBC Universal, one of the world’s leading media and entertainment companies.