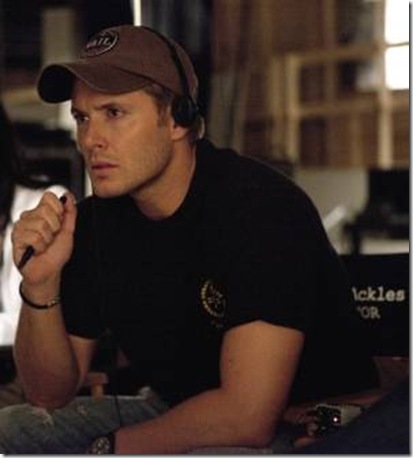 Actor Jensen Ackles, who plays Dean Winchester on the hit CW Network action series Supernatural, is a Pisces. Pisces is a zodiac sign that is symbolized by two fish swimming side by side, but in opposite directions, which signify that, Pisces people can have duel natures such as having both a pragmatic and a dreamer side to them.

I don’t know if that describes Jensen Ackles personally, but I do know that he has had some interesting opportunities to delve into duality in his years on Supernatural. It started in season 3 when he got his first opportunity to work with himself as an actor in a short, but pivotal scene in S3.10, Dream A Little Dream of Me. Then in S5.4 The End, Ackles spent the majority of the episode working opposite himself as an actor when he played both the present day and future incarnations of Dean Winchester. In tonight’s brand new episode of Supernatural season 6 Weekend At Bobby’s, Jensen Ackles gets to take on the newest duality in his career: being behind the camera as his director self directing his actor self who will be in front of the camera.

Jensen Ackles has stated in past interviews that he is fascinated by working with cameras.  He has expressed that he has a love for photography, a hobby he is adept enough at that he impressed a group of Japanese photographers doing a photo shoot with him in Japan in 2007. The actor worked with them both in front and behind the cameras to set up some very artistic and unique photographs to accompany a magazine interview with him.  During rounds of interviews he did for his lead role as Tom Hanniger in the 2009 horror movie, My Bloody Valentine: 3D, Ackles stated that one of the main reasons for wanting to work on the movie was so that he could have a chance to work with and see the new ‘Real D’  3D camera technology in action. Given all of this, it’s certainly no surprise that eventually Jensen Ackles would be taking his love of working with cameras and exploring their technology into a brand new direction as he steps behind the ones he’s been in front of for six years on Supernatural to take on directorial duties. 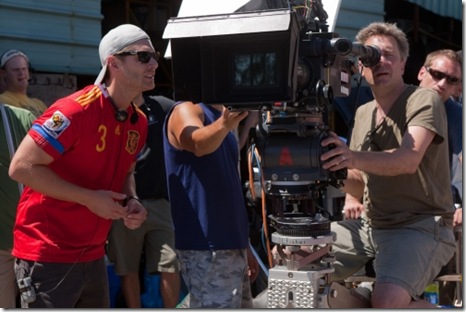 It is also no surprise that he didn’t even have to ask for this opportunity, which was handed to him by the creative forces behind Supernatural after having observed the actor’s keen interest in learning his way around behind the camera ever since season one. The one person who encouraged Jensen along the way and inspired him to want to think about one day trying his hand at directing, was the late Kim Manners. Manners worked on Supernatural as an executive producer and director until his death in January of 2009 near the end filming of season four. Jensen has stated in every interview that he has given about this directorial debut S6.4 Weekend At Bobby’s is that he wanted to do it in such a way that it would make Kim Manners proud of him and that many times during his work as director on the episode, Jensen felt like his mentor was standing right next to him as guiding presence.

Whether it was the presence of Kim Manners or the fact that Jensen Ackles was ready within himself to take that next step (or most likely a combination of both), he says he found himself feeling calm and confident once he got into the task of directing. Those he worked with during the filming of S6.04 Weekend At Bobby’s all had the same thing to say about the experience; it was like Jensen Ackles was a veteran director and not a first timer. They said it made their jobs as actors easier because he came to the project prepared and yet willing to listen to their input as well.

Jensen Ackles is a bit more humble about what he feels made it work so smoothly for him. He says that first of all, Andrew Dabb and Daniel Loflin who wrote the episode made it easier for him in that they, under the guidance of show runner Sera Gamble, did so with the idea in mind of Jensen directing it. Then production put it on the shooting schedule to be filmed first so he could have time to do his prep work before he had to actually begin his work as an actor in the series. Jensen told fans at a meet and greet at the recent Creation Entertainment Salute to Supernatural convention in Chicago, that the prep process involves setting a lot of things in place before you can even begin the filming of an episode. 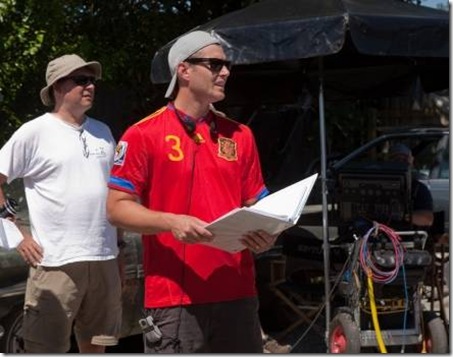 Ackles also attributes the smoothness and the sense of confidence he had while directing to the decision he made to go up to Vancouver two weeks prior to the official start of the production of season six. Once there, he spent time talking to location scouts, walking around the sets and talking to the construction workers. He studied blueprints of all the sets lay outs in order to make notes regarding what he wanted for scenes and setting them up.

Jensen Ackles says the experience was a positive one for him even though he was worried it might be something where he found himself in over his head. The first time director attributes his positive experience to how easy he says everyone from the actors to the set people made it for him. Jared Padalecki, who plays Sam Winchester, has nothing but high praise for his friend and fellow co-star’s first foray into directing as do series semi regular guest stars Jim Beaver (Bobby Singer) and Mark Sheppard (the demon Crowley). 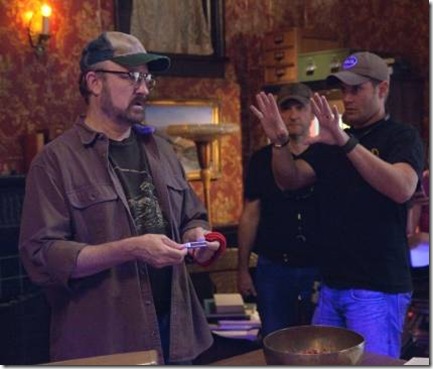 Jensen Ackles says that the only real disappointment so far in the whole experience is that he didn’t get to go down to the Los Angeles offices to do post-production on the episode after it finished filming. By the time that process had rolled around, Jensen had to start his full on acting duties as Dean Winchester in the season premiere episode, Exile On Main Street. However he is quick to point out that he didn’t get left out of the post production process altogether. Another editor for the series put together a cut of the episode and sent it up to him in Vancouver. Ackles was then able to go through it scene by scene and make his director’s notes and the episode was then re-edited to his specifications according to those notes. 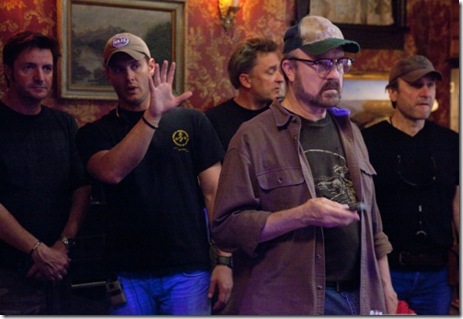 Tomorrow night at 9PM EST on the CW Network, Supernatural S6.04 Weekend At Bobby’s will air and the audience, viewers and fans will get to see how Jensen Ackles first time in the director’s chair looks in the finished product. I know that he worried about being in over his head wit this directing gig like he worried about it when he did the stage play A Few Good Men back in 2007. As an audience member at several of the showings of this play, I can say with complete honesty that Jensen Ackles hit it out of the ballpark every time. I think that we, as the viewing audience and the fans of Supernatural, are going to find that Jensen Ackles did the same thing with his first time in the director’s chair.

JENSEN ACKLES’ DIRECTORIAL DEBUT “SUPERNATURAL” “Weekend at Bobby’s” — After Bobby (Jim Beaver) discovers Crowley (Mark Sheppard) has no intentions of returning Bobby’s soul; the hunter takes matters into his own hands. He calls on Sam (Jared Padalecki) and Dean (Jensen Ackles) for help after he unearths one of Crowley’s deepest secrets. Meanwhile, Sam and Dean learn what Bobby does all day when they are not around. Jensen Ackles directed the episode written by Andrew Dabb & Daniel Loflin.

Watch the Behind the Scenes clip of director Jensen Ackles. 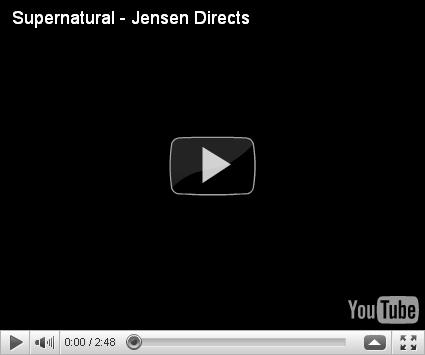