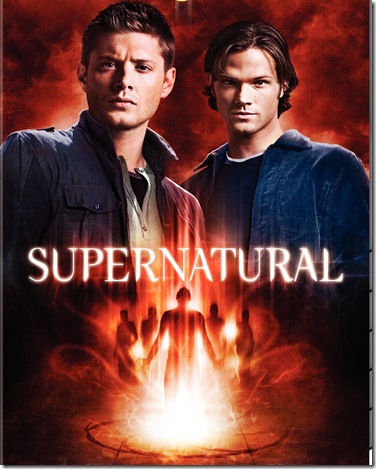 The premiere of the sixth season of the CW Network’s hit action/horror series, Supernatural is just a few days away and I don’t know about anyone else, but this dedicated viewer is psyched about it! With the premiere of season 6, Supernatural is moving to its new Friday night 9 PM (EST) slot where the Winchester brothers will be buddies once more with the CW Network’s other long running action series, Smallville.

Supernatural season 5 was the culmination of a storyline that had began in season one under show runner/series creator, Eric Kripke. From the very first moment the audience was introduced to Dean (Jensen Ackles) and Sam (Jared Padalecki) Winchester, we knew they were fated for something bigger than either one of them could imagine. Over the past five seasons of Supernatural the audience has become invested in the way the Winchester brothers seem to rise above just about every adversity thrown at them and our hearts broke for them when they couldn’t. When Dean’s deal was closing in on him in season 3 of Supernatural, I found the lines from one of my favorite songs running through my head. They are part of the lyrics to ‘Comanche’ by Johnny Horton. Ok, so yes, Comanche was a horse. But not just any horse, he was the lone survivor of Custer’s last stand at Little Bighorn. I have since found the lyrics to be fitting for both Dean and Sam.

“Comanche you fought hard, Comanche you tried. You were a good soldier, so hold your head up high for even the greatest soldiers sometimes must fall. Comanche the great horse, you gave your all.”

Both Sam and Dean Winchester were called upon time and time again by angels, demons, God and even their own father, John Winchester (Jeffrey Dean Morgan/Matt Cohen) to ‘give their all’. Even above and beyond death.

Of course none of this would have had the dramatic impact for Supernatural viewers and fans without the talents of the writers, producers, creators, guest actors and most of all without the talent and on screen brotherly chemistry of Jared Padalecki and Jensen Ackles.

It’s very interesting looking back over the past seasons of Supernatural and seeing clues that Eric Kripke carefully planted into the storyline, even in stand alone episodes. To me, looking back on it all, the one thing that stands out the most now, but seemed so enigmatic back then, is in Supernatural season two where John Winchester (played in this instance by Jeffrey Dean Morgan) tells Dean he might have to kill his brother, Sam. Like Dean, we as the audience were puzzled and disturbed by this. What did John mean, what did he know? Flash forward to Supernatural season five and we come to realize that way back then, it was possible that John Winchester knew about the coming apocalypse and how his sons were vessels. How they were meant to be the human weapons used by the archangel Michael and the fallen Lucifer to do battle against each other with. How it was quite possible that their father was trying to warn Dean, and in turn Sam, in such a way that was vague enough that the angels wouldn’t notice and erase the knowledge from the brothers minds. 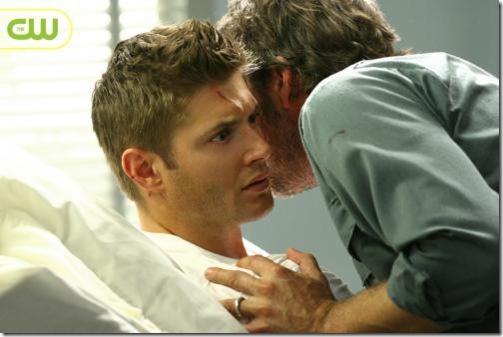 Season five of Supernatural was, as I said earlier, supposed to be the culmination of the event of the past four seasons. It was the main event of the ‘royal rumble’ between heaven and hell with Sam and Dean Winchester caught in the middle; it was suppose to be apocalyptic! Only to me there wasn’t much of a thrill ride in it. Season five was too uneven and I feel it wasted too much of its potential. That said, there were still some kick ass scenes and some great character moments to be had. S5.22 Swan Song could have been better over all story-wise, but it had some heart wrenching ‘brothers to the end’ moments that reminded us, the audience, what the glue is that holds it all together for us; the brotherly bond of love between Sam and Dean Winchester. 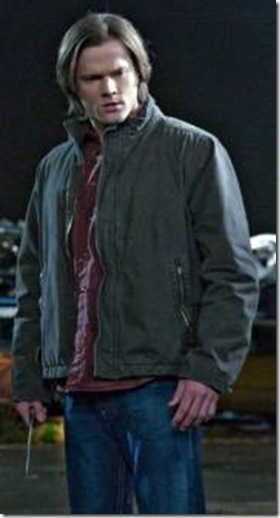 This Friday night, September 24th at 9 PM EST, Supernatural season six premieres with S6.01 Exile on Main Street. With the apocalypse avoided, Dean and Sam Winchester have a whole new direction to go into and they will be doing it under the guidance of the show runner, Sera Gamble. Eclipse Magazine got to participate in a round table interview with Sera at the 2010 San Diego ComicCon. Check out what Sera had to say about her new duties and the new direction for Sam, Dean and Supernatural. That’s coming in the next article!

Meanwhile check out the promo for the Supernatural season 6 series premiere, Exile on Main Street. 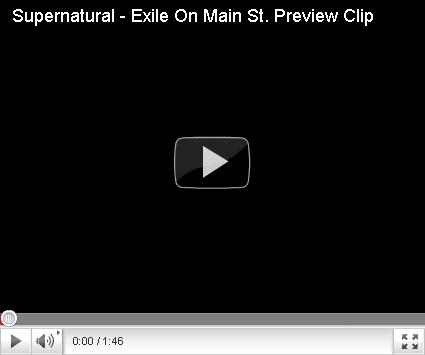