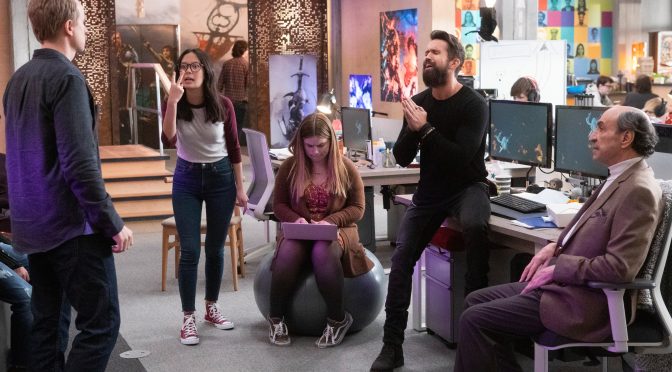 If you’ve ever wondered how video games are created, Apple+’s Mythic Quest: Raven’s Banquet may (or may not) be enlightening.

The workplace comedy ‘follows a team of video game developers as they navigate the challenges of running a popular video game.’

All Nine Episodes of the Live-Action Comedy Series To Premiere Globally Friday, February 7 on Apple TV+

The new series will premiere globally and exclusively on Apple TV+, a new home for the world’s most creative storytellers. Apple TV+  is available on the Apple TV app on iPhone, iPad, Apple TV, iPod touch, Mac, select Samsung smart TVs, Amazon Fire TV and Roku devices, as well as at https://tv.apple.com, for $4.99 per month with a seven-day free trial.