END_OF_DOCUMENT_TOKEN_TO_BE_REPLACED

CBS gets 2017 off to a quick start with the premiere of Ransom – a crime drama about a world-renowned crisis and hostage negotiator whose team is brought in to resolve the most difficult kidnap and ransom cases – which will debut on Sunday, January 1st following a football doubleheader before moving to its regular timeslot on Saturdays.

Training Day, the sequel series set fifteen years after the Antoine Fuqua film of the same name, will premiere on Thursday, February 10th.

Doubt, the new drama starring Katherine Heigl as a brilliant attorney at a boutique firm who starts to fall for her charismatic client, will make it debut on Wednesday,m February 15th.

Unscripted shows Hunted, Undercover Boss, Survivor and The Amazing Race will also be a part of the network’s mid-season schedule. Read on for details.

END_OF_DOCUMENT_TOKEN_TO_BE_REPLACED 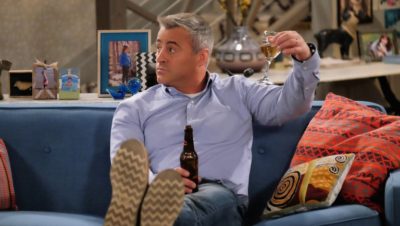 CBS has released teasers/sizzle reels for its new shows (including Man With a Plan, above). They are geo-blocked in Canada (which makes no sense since we get CBS up here) so I can’t watch them, but you can still check them out (even if I can’t) after the break.