National Geographic’s new limited series – Valley of the Boom – goes behind the scenes of three Silicon Valley stories you probably don’t know – how Netscape didn’t become the browser of the people; how theglobe.com set a record for the highest first-day price gain for a new stock offering in 1998, and how con man Michael Fenne founded Pixelon, a multimillion-dollar streaming video tech company – as a total con.

END_OF_DOCUMENT_TOKEN_TO_BE_REPLACED

ABC has released the pilot for its new drama series The Crossing online – it can be screened at abc.com and the ABC app, Hulu and electronic sell-through platforms, as well as on demand across MVPD and digital MVPD providers until March 30th.

When 47 refugees wash up on the shore of Port Canaan, the local sheriff discovers that they are fleeing a war… from 180 years in the future and the country they’re fleeing from is America!

END_OF_DOCUMENT_TOKEN_TO_BE_REPLACED


Teresa, Sean and Liz review the newest in this kid’s movie franchise. Is it better than Brave? Funnier than Ice Age? How does it compare to Madagascar 3? See what they have to say. 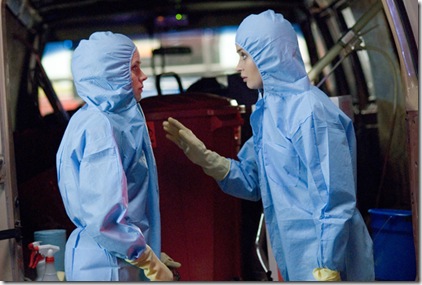