Astin joins Daniel Brühl (Rush) as forensic psychologist Dr. Laszlo Kreizler; Luke Evans (The Girl on The Train) as newspaper illustrator John Moore; and Dakota Fanning (American Pastoral) as Sara Howard, a headstrong secretary at Police Headquarters, who together investigate a series of brutal murders i n New York during the Gilded Age.

END_OF_DOCUMENT_TOKEN_TO_BE_REPLACED 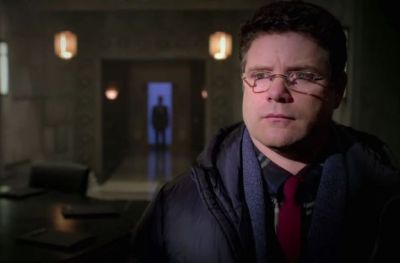 Since its’ premiere on July 13, “The Strain” has taken Season 1 by storm.  Where else can you fuse vampires and apocolypse and deadly viruses into one show?  And we are not talking handsome romantic teen vampires either.  In the same vein of “Game Of Thrones”, nobody, not even the main characters, are guaranteed safety to the end of the season.

Sheldon Wiebe and myself recently attended a conference call Q&Q with the talented Sean Astin.  Sean Astin discusses his character Jim Kent, his adventures on the set of “The Strain” and working with Guillermo Del Toro, and his thoughts on Episode 8.