Hulu Inks Deal with NBCUniversal for Hundreds of Episodes of TV Favorites Including 30 Rock, Parenthood and More

New Licensing Agreement to Mark Premiere of Paul Reiser’s Comedy Series, There’s Johnny and SVOD Premiere of Syfy’s Face Off, as well as the U.S. Streaming Debut of the complete Made in Chelsea Library

SANTA MONICA, CA (September 27, 2017) – Following a groundbreaking licensing agreement that marked the streaming debut of iconic series Will & Grace, Hulu and NBCUniversal Television and New Media Distribution today announced a new agreement that will make Hulu the exclusive SVOD home to all episodes of Emmy Award winning comedy series, 30 Rock, beginning October 1st, as well as add hundreds of episodes of shows for the whole family to Hulu.

In addition to bringing the complete library of the critically acclaimed and Emmy Award-winning comedy series from creator and star Tina Fey – 30 Rock – to a new streaming home, the new deal includes a full suite of premium programming that will become available to stream on Hulu:

30 Rock. A three-time Emmy Award winner for Outstanding Comedy Series as well as a critical darling, 30 Rock comes from the brilliant mind of creator and star Tina Fey, whose character Liz Lemon is asked by her ultra corporate boss Jack Donaghy (Alec Baldwin) to somehow make the fictional program “TGS with Tracy Jordan” a success. Working with an oddball staff, no budget and no sleep, Liz keeps up the good fight against long odds. Also starring Tracy Morgan, Jack McBrayer, Scott Adsit, Judah Friedlander and Jane Krakowski, 30 Rock aired for seven seasons and arrives in its entirety on Hulu on October 1st.

There’s Johnny. Paul Reiser’s highly-anticipated series, There’s Johnny, will make its debut on Hulu. The deal marks the premiere for the NBCUniversal period comedy, set in the world of “The Tonight Show Starring Johnny Carson” circa 1972, starring Tony Danza.

Made in Chelsea. The first 13 seasons of the BAFTA award-winning, reality television series from the UK will make their US SVOD debut on Hulu. Since its premiere, the hit series has captivated audiences in the UK and resulted in many spin-offs. Through the deal, the complete series will be made available to stream in the US on Hulu later this year.

Face Off. The first 10 seasons of SYFY’s hit reality competition series, Face Off, will become available to stream on Hulu. The series will make its SVOD debut in early 2018. Face Off follows special effects make-up artists as they participate in elaborate challenges for a grand prize and the honor of being Hollywood’s next great effects artist.

The new deal expands Hulu’s growing library of premium programming with even more hit series from the NBCUniversal Television library. Earlier this month, Hulu and NBCUniversal announced a joint agreement that made all episodes of the Emmy-winning, iconic series Will & Grace available to stream for the first time ever. Hulu is also home to top series from NBC including This Is Us, Blindspot, and the Emmy-winning Saturday Night Live.

END_OF_DOCUMENT_TOKEN_TO_BE_REPLACED 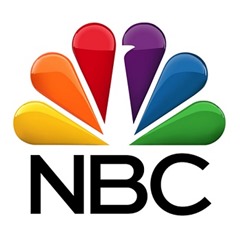 NBC has announced original digital series to keep fans intrigued and focused on four of its primetime series – Chicago Fire, Grimm, Parenthood and Parenthood – while the shows are on their Olympics hiatus. My personal favorite, based on tags from the press release is the Grimm digital series which follows Juliette (Bitsie Tulloch) and Rosalee (Bree Turner) as they and their friends have a Valentine’s Day spa day that goes supernaturally wrong.

Chicago Fire: I Am a Firefighter premieres on Feb. 11th; Parenthood’s Friday Night at the Luncheonette debuts Feb. 13th; Grimm’s Love in the Air debuts on, fittingly, Feb. 14th, and Parks and Recreation’s The Hapley Group debuts Feb. 20th.

Check out the press release, after the jump, for series tags and a link to the sneak preview of the first webisode.

END_OF_DOCUMENT_TOKEN_TO_BE_REPLACED 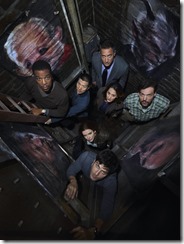 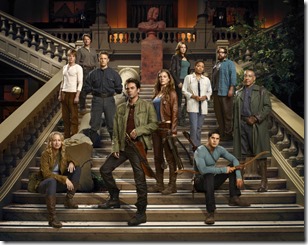 Five NBC drama have been renewed for the 2013-14 season. Grimm will return for a third season; Chicago Fire (no surprise – a spin-off is being considered) and Revolution (the net’s best new performer) get a second; Jason Katims’ family drama Parenthood re-ups for a fifth season (besting Katims’ cult fave Roswell by a season), and Law & Order: SVU will be going into its fifteenth season.

All five shows have been given 22-episode orders. The press release follows the jump.

END_OF_DOCUMENT_TOKEN_TO_BE_REPLACED

“NBC has picked up more scripted shows than last season even with “The Jay Leno Show” at 10 p.m.,” said Ben Silverman, Co-Chairman, NBC Entertainment and Universal Media Studios. The network also introduced what it called “shared time period strategy,” in which a fall series, say, Heroes, would run all original episodes leading into the Olympics and Chuck would assume the same time period – also with all original eps, following the Olympics. 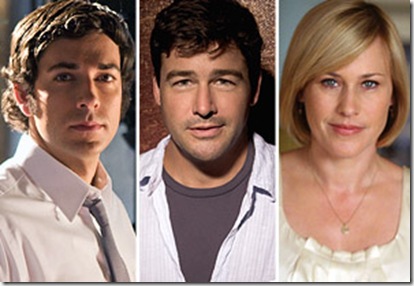 Dramas include: Trauma, Day One, Parenthood and Mercy. Comedies include: SNL Weekend Update Thursday, Community and 100 Questions. The unscripted series is Marriage Ref. As previously announced, The Jay Leno Show will fill the 10-11 p.m. timeslot Monday through Friday.

END_OF_DOCUMENT_TOKEN_TO_BE_REPLACED

Entertainment Weekly’s Michael Ausiello reports that NBC has cancelled the quirky, love-it-or-hate-it cop/conspiracy series, Life [a series which I gave a glowing review last fall – that being the way life goes…]. 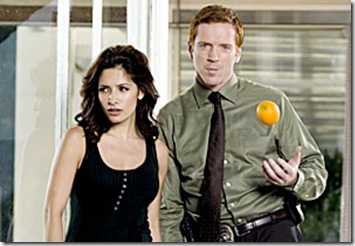 Ausiello is also reporting that My Name is Earl and Law & Order have joined Chuck and Medium on the list of shows whose fates will be determined later – May 19, to be exact.

Further, Ausiello notes that if Chuck returns, it will be on a new night – and one the network’s new shows [likely Parenthood] would lead out from Heroes.

NBC is also prepared to carry on with Law & Order: SVU, with or without Mariska Hargitay and Christopher Meloni – Ausiello reports that NBC has made them an offer to continue as Detectives Olivia Benson and Elliot Stabler.

According to reports, NBC has added four dramas and two comedies to their 2009 fall schedule – while the fate of spy comedy, Chuck, and paranormal family drama, Medium, remain to be revealed. 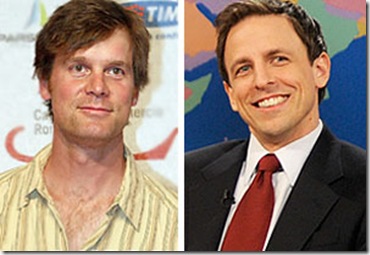 The new NBC dramas are:

Trauma: follows the loves of Emergency Medical Technicians [EMTs] as they deal with the intense medical cases in which they become involved. Trauma stars Anastasia Griffith [Damages], and is produced by Peter Berg [Friday Night Lights].

Parenthood: a contemporary take on the real family dynamic, and based on Ron Howard’s film of twenty years ago; Mercy, a soap built around a young nurse, recently returned from Iraq, and the people she works with now. Peter Krause [Six Feet Under], Craig T. Nelson [Coach] and Maura Tierney [E.R.] star, and the series is produced by Ron Howard, Brian Grazer and Jason Katims [Friday Night Lights].

Day One: a post-apocalyptic drama about a small group of surivivors who survive and have survive while trying to find out what happened. Adam Campbell [Date Movie] and Julie Gonzalo [Eli Stone] star, while Jesse williams [Heroes] will produce.

The new comedies are:

Community: about a group of educational misfits at Greendale Community College who start a study group headed up by a disbarred lawyer. The Soup’s Joel McHale is the lawyer and Chevy Chase co-stars. Joe and Anthony Russo [Arrested Development] are Community’s creative team. Like other NBC comedies, Community will be a one camera show.

100 Questions: Some one may be taking compatibility quizzes a little too seriously in 100 Qyestions, in which a woman tries to find Mr. Right by answering the titular questions from said test. Sophie Winkleman [The British series, Peep Show] stars. The series was created by Christopher Moynihan [For Your Consideration] and the pilot was directed by James Burrows [Cheers, Friends].