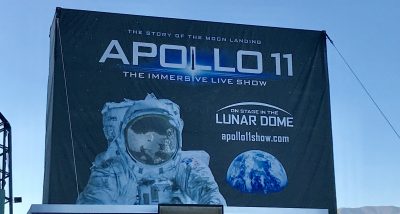 END_OF_DOCUMENT_TOKEN_TO_BE_REPLACED

It is the near future. Astronaut Sam Bell is living on the far side of the moon, completing a three-year contract with Lunar Industries to mine Earth’s primary source of energy, Helium-3. It is a lonely job, made harder by a broken satellite that allows no live communications home. Thankfully, his time on the moon is nearly over, and Sam will be reunited with his wife and their three-year-old daughter in only a few short weeks.

END_OF_DOCUMENT_TOKEN_TO_BE_REPLACED

Duncan Jones makes his feature film debut as director in the new Sony Pictures Classic MOON, which opens in limited release on June 12th. MOON is a science fiction adventure with a human interest element that moviegoers will enjoy. I had the pleasure of chatting with Duncan to discuss his newfound journey.

Eclipse Magazine: Duncan, how did you get involved with the film?

DUNCAN JONES: Well, I wrote the original story because  I had a meeting with Sam Rockwell. I wanted to work with him on my first feature  film because I done commercials for a few years. I had the opportunity to meet with him. I fed him the script and he really liked it. It was for different project. He actually wanted to play a different role than the one I wanted him to do. So we met up in New York so we can run into each other, that didn’t work out but we got on really well. We started talking about bring some films we both love and the kind of roles as an actor that he was interested in playing. That gave me the genesis and the material to come up with something for him. So, I wrote MOON for Sam Rockwell.