Whatever the case, it’s a clever, original, haunting frequently scary film that has, at its heart, the bonds of family.

END_OF_DOCUMENT_TOKEN_TO_BE_REPLACED 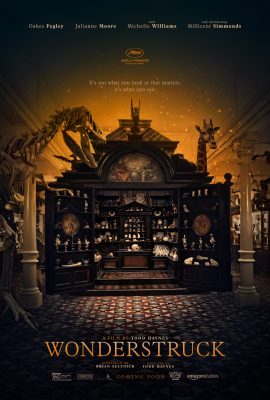 Brian Selznick’s novel about two children from different eras who wish their lives were different has been turned into a film by Todd Haynes.

Ben longs for the father he has never known, while Rose dreams of a mysterious actress whose life she chronicles in a scrapbook. Each is spurred into action by a discovery and they set out on quests to learn what they are missing.

Wonderstruck will be in theaters on October 20th.