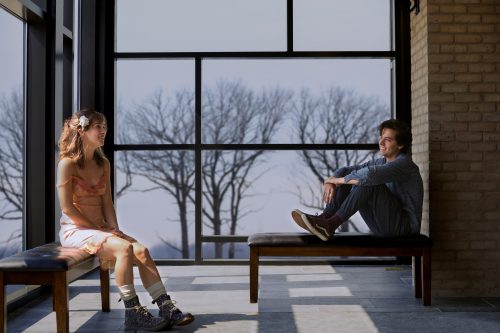 Before Louise Brooks became the movie sensation of the 1920s, she was a just another kid with a dream. Given a chance to go to New York to study dance, she leaped at the chance – though curbed somewhat by the chaperone her mother insisted go with her. Written by Downton Abbey’s Julian Fellowes, The […]

Girl meets boy; they fall in love. Both have Cystic Fibrosis – the protocol for which requires that they can never be closer than six feet apart. Being the rebellious, madly in love pair that they are, they choose to move to five feet apart. Five Feet Apart will open on March 15th. Bring your […]

One was reaching for the stars; the other was searching for her past. The Chaperone opens in select theaters in New York on March 29 and Los Angeles on April 5; national expansion in April and May

The Bronze is the story of a woman who achieved an impossible medal in gymnastics but instead of using that to go on to better things, coasted on the glory of that achievement – then, for all the wrong reasons, found a way to move on… and nearly blew it.