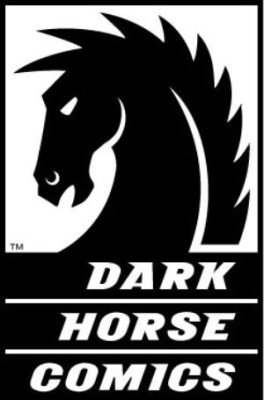 Four stars of Dark Matter – the TV space opera based on the Dark Horse graphic novel – will be signing on Days 1 and 3; Fan favorite (and fangirl) Felicia Day will be signing on Day 1; and creators from Hellboy/B.P.R.D., Harrow County, Elfquest and more will keep autograph hounds busy all weekend.

END_OF_DOCUMENT_TOKEN_TO_BE_REPLACED 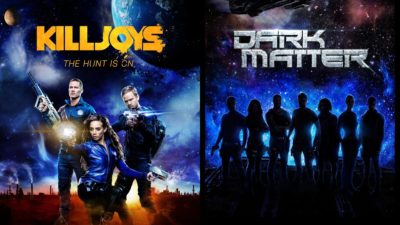 Syfy has announced third season renewals for its Friday night space operas, Killjoys and Dark Matter ahead of their second season finales.

END_OF_DOCUMENT_TOKEN_TO_BE_REPLACED

Dark Matter’s first season cliffhanger left us hanging with the crew of the Raza being carted off by Galactic Authority as a result of being betrayed by Six.

The season two premiere (Welcome to Your New Home (this season the eps have titles!) begins with Two, Three and Four going through contamination as they enter a high security prison on an airless moon. Things can only get better from there, right?

END_OF_DOCUMENT_TOKEN_TO_BE_REPLACED

Both are a lot of pure space opera fun and both ended in cliffhangers Follow the jump to check out the first teasers for the season two premieres.

END_OF_DOCUMENT_TOKEN_TO_BE_REPLACED 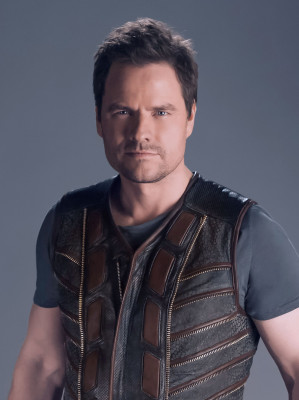 HI is an international organization that works with ‘ersons with disabilities and other vulnerable groups in situations of poverty, exclusion, conflict and disaster.’

Lemke will help to raise Canadians’ aware of HI activities around the world – visiting areas devastated by use of explosive weapons and lobbying for the reduction of impact of armed conflict on innocent civilians.

END_OF_DOCUMENT_TOKEN_TO_BE_REPLACED

Syfy has ordered 13-epiosde second seasons for both of its Friday night space operas – Dark Matter (above) and Killjoys.

Dark Matter – which revolves around a crew of a mercenary ship who have had their identities wiped – comes from Stargate veterans John Mallozzi and Paul Mullie.

Kiljoys – following a trio of Reclamation Agents (bounty hunters) in a planetary system of terraformed moons – was created by Michelle Lovretta, who also created Lost Girl.

Both shows ended with rather mindboggling cliffhangers so it will come as a relief to many that they were renewed so quickly. The second seasons of both shows will air in 2016. For more, follow the jump.

END_OF_DOCUMENT_TOKEN_TO_BE_REPLACED

Dark Matter (Syfy, 10/9C) started off with a space vessel with a crew of six who couldn’t remember who they were. Before the premiere had ended, they’d learned that they were – with one notable exception – wanted mercenaries with extremely bad records.

Since then, the series has been about them learning who they are now – and that’s not necessarily the same as who they were before someone hacked their stasis pods to wipe their memories. Now, in the season’s antepenultimate episode, we learn that there may be a great deal more to learn about them – as the Rasa has been taken over by mercenaries who look to double their take by collecting the bounties on them. Oh, and Two has been spaced.

END_OF_DOCUMENT_TOKEN_TO_BE_REPLACED 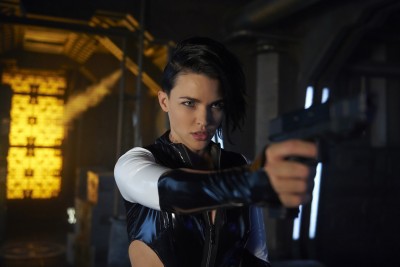