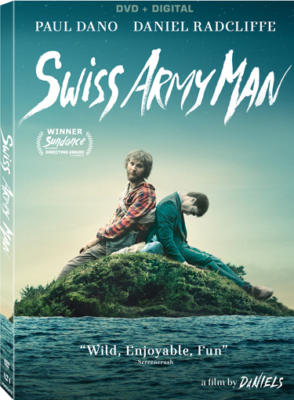 There are movies that come out of nowhere and delight some while totally disgusting others. A movie that features a flatulent corpse and a suicidal castaway might just be that.

Swiss Army Man has come to home video and it gets the kind of package a WTF movie deserves – including a commentary track so that answers the question, what the heck were they thinking? 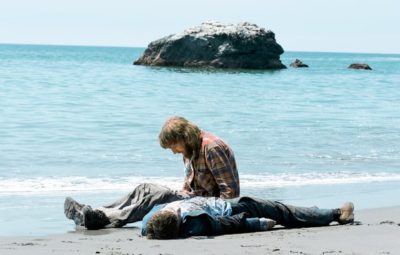 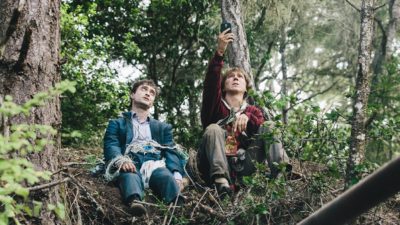 Written and directed by Daniels (music video/short film impresarios Daniel Kwan and Daniel Scheinert), Swiss Army Man goes full tilt weird; moves into a few moments of seeming reality and then… Well, it’s safe to say that you’ve never seen anything quite like it – and probably won’t ever again.

Features: an extremely good Audio Commentary; a Making of Manny featurette; Swiss Army Man: Behind the Scenes, and a Filmmakers Q&A about using the Dolby Atmos system in the movie’s sound design.