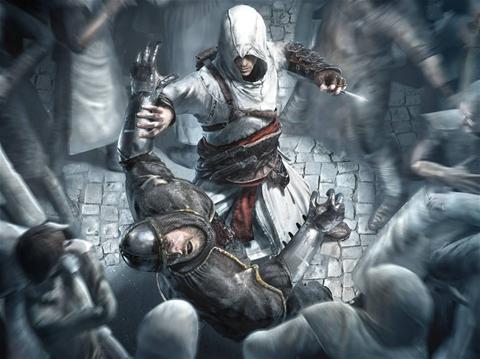 If you build it, they will come. Well, Ubisoft built an astounding open-world sequel in “Assassin’s Creed II,” and plenty of people lined up to check it out.

Ubisoft announced record first-week sales performance for its anticipated title, with 1.6 million units sold through worldwide according to internal estimates. This represents 32 percent growth over the first week sales of the original “Assassin’s Creed.” Launched in November 2007, “Assassin’s Creed” remains the fastest selling new video game intellectual property ever in the U.S.

“Assassin’s Creed II” has received an overwhelmingly positive reception from gamers around the world and from the video game trade press with an average user rating of 94 percent on Gamespot.com and an over 91 percent average critics score according to GameRankings.com. We’re still dying to review it for Eclipse (Ubisoft, if you are reading, please send one! We have way too much free time on our hands this Thanksgiving holiday!)

“Assassin’s Creed II” invites players to become Ezio, a privileged young noble in Renaissance Italy who’s been betrayed by the rival ruling families of Italy. Ezio’s subsequent quest for vengeance plunges players into a captivating and epic story that offers more variety in missions, surprising and engaging new game play elements, diverse weapons, incredible depth and lasting appeal and a profound character progression that will appeal to fans of the original “Assassin’s Creed” as well as entice players new to the brand.