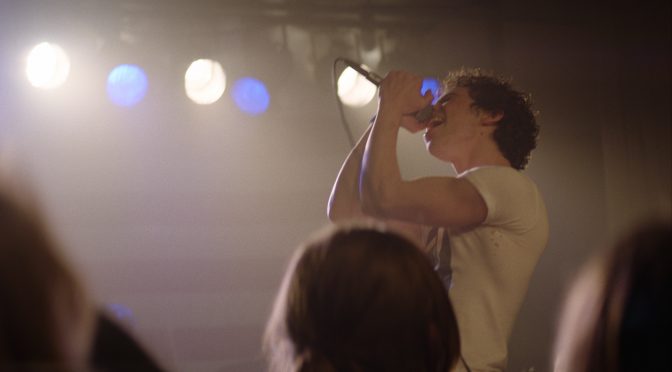 As many of you know I’m a sucker for shows and movies that are about the inner workings and trials and tribulations of people who partake in the creative process. Paradise City was independently produced then distributed to Amazon.  For an independently produced production the cinematography looks beautiful and truly shines in 4k/HDR. The slick look of the show hooked me within first 15 minutes and I ended up binging the entire first season in one day.

What’s the show about you ask?

It’s the clichéd trouble rock star story told with a twist.  We rarely see how the star’s inability to get his act together impacts those around him, especially his loyal band mates who travel the roads with them and whose only source of income are the tours and albums. We don’t get to see the viewpoint of the label execs as well; this show gives these stories room to breathe and develop and make us care, but ultimately doesn’t go anywhere. It makes me desperately want a season 2.

Created by Ash Avildsen, the series follows ex arena rocker Johnny Faust (played by Andy Biersack ) who quits touring and recording for some mysterious reason that’s not explained until halfway through the first season. When the mystery is revealed, it doesn’t come off to me as big of a deal as the show wants us to think. However, there are long term consequences to his actions. The only reason Johnny decides to get back on the Rock Star horse is he realizes he’s about to go broke.

The rest of his band mates have been bitter about Johnny’s actions and decisions for the entire year, no more so than his former girlfriend and bassist Lily Mayflower (played by Bella Thorne ) who is the stereotypical blond bombshell, drug addict.

While I liked Thorne’s performance her character didn’t have many layers beyond being bitter and angry throughout most of the series. It was hard to feel sorry for. Other band members included Johnny’s best friend and the voice of reason for the band Vic Lakota (Booboo Stewart – No relation to Rod, but what a great name!), and two other members who aren’t worth mentioning, because they didn’t have much to do.

I know I said one of the unique things about the show is we get to see the band member’s stories and lives, but the more I think about it, we really don’t they are there as window dressing. With that said, I did find myself hoping and thinking there would be more throughout the series and cared about the band members but in the end their stories didn’t amount to much. They served more as the audience POV into everything else that was going on.

There were two hearts of the series, one being the grizzled veteran label manager Elias (Mark Boone Junior ) who lost a lot of money when Johnny quit and is now working with his team to manage the band’s combat. He’s the band’s father figure, but he’s struggling with the changes in the music industry. In one of the season’s most emotional moments, Elias smashes a warehouse full of CDs after a record store owner tells him he can no longer accept his disks because everyone is buying everything digitally. His breakdown was sad. We feel for him in this moment, but the show never really shows him adapting to this new reality just fighting against it.

As a physical media person, myself, I feel you, but we all need to grow with the bitter times. We do see him grow in other ways, but I don’t want to spoil anything. His growth is tied into Johnny’s mystery, who is pretty much an unsympathetic, selfish dick throughout the entire season.

The 2nd heart of the show is Cameron Boyce’s  character Simon. He’s brilliant in this part and I’m not saying this because of the tragedy, I honestly, didn’t think it was him since the show debuted in 2021 and he died in 2019. I didn’t look up the cast until after I was done watching the screeners. I like to watch shows and movies I review cold with no previous information. So don’t yell at me! He sucked me in from the first episode. I kept thinking it was him, but was like “it can’t be he died,” it was episode 3 when I finally looked it up on IMDB.  Yes, I’ve always been a low-key fan of his, and liked The Descendants franchise and the first few seasons of Jesse.

Simon is an 18-year-old with dreams of making it in the music industry and heck just earning enough money to get into college. He’s funding his dream by putting on local indie shows in Virginia with his buddies. When he catches the attention of one of Elias’ talent managers things start to happen for him. He becomes their local promoter when one of their troubled acts fails to attack any crowds and he basically cuts a side deal to fill the spot up with his own bands.

No one knows that Simon is secretly the son of Elias’ former business partner and hated rival Oliver Ostergaard (played by one of my favorite people Ryan Hurst ). Oliver has never met Simon and refuses to acknowledge his existence. Hurst is hardly in the first season, even though his character is built up to be the “big bad” corporate overlord who wants to destroy Elias or at the very least buy out his company and doesn’t care about Simon at all.

He’s just a “menacing” background character at this point who pops up briefly to talk sternly to people and remind us he doesn’t want anything to do with Simon or his mother. It ultimately ended up being disappointing.

As much as I loved Cameron’s performance and how Simon’s story eventually came together the first 3 or 4 episodes of season one his story was completely separate from the rest of the series. I often found myself wondering why it’s even part of this show. Once he gets closely tied to Elias you can see where the conflict will eventually come from.

I truly loved season one, but it felt like it was all a setup to something bigger and more that we never got, the short Season 8 episodes of made it feel like it was cut too soon and there was a lot more episodes meant to come but were impacted by Cameron’s death. I don’t know the behind the scenes of what went on, but it’s sad that this show didn’t have a chance to reach its full potential. I read the producers do want to make a season two and recast Simon, I doubt that’ll happen, but we’ll see.

Paradise City is well worth your time for the short slice we do get and it doesn’t end on any major cliffhanger. I read the producers do want to make a season two and recast Simon, I doubt that’ll happen, but we’ll see.