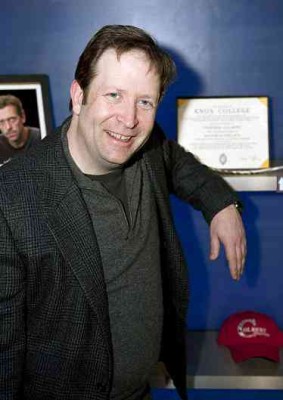 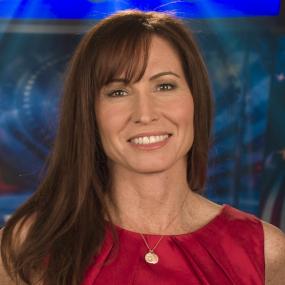 When The Late Show with Stephen Colbert premieres on Tuesday, September 8th, it will look different and we’ll see a different Stephen Colbert – namely his real self. Behind the scenes, though, will be a number of veterans of The Colbert Report – including executive producers Tom Purcell (above right) and Meredith Bennett (left) and co-executive producers Emily Lazar and Barry Julien.

Several members of the writing team – including Opus Moreschi (now also a supervising producer) and Jay Katsir (head writer) – have migrated from The Colbert Report. For more, follow the jump.

New to Colbert’s team is Emily Gertler (“Good Morning America”), who joins THE LATE SHOW as senior entertainment producer. Sheryl Zelikson will be the music producer, joining THE LATE SHOW after holding the same title for the “Late Show with David Letterman.”

Stephen Colbert, best known for hosting “The Colbert Report,” is also a bestselling author and accomplished actor, writer, producer and comedian. He will take over as host of THE LATE SHOW on Tuesday, Sept. 8 (11:35 PM-12:37 AM, ET/PT) on the CBS Television Network.