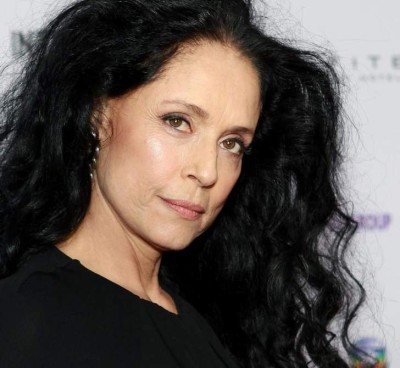 Sonia Braga has come aboard Netflix series Marvel’s Luke Cage. She will play Soledad Temple, mother of nurse to the gifted, Claire Temple (Rosario Dawson). For more follow the jump.

The Golden Globe and Emmy-nominated actress brings her talent to Harlem!

Braga became a household name in her native Brazil in 1975 when she starred in the telenovela “Gabriela.” 10 years later, she earned international acclaim for her role in “Kiss of the Spider Woman,” for which she received her first Golden Globe nomination and kicked off her English-speaking career. She would go on to star in “Moon Over Parador” and “The Burning Season,” where she garnered two more Golden Globe nominations and an Emmy nomination. Recently, she’s been seen in “Alias” and “Royal Pains.”

“A character as strong as Claire needs an equally powerful mother, and with Sonia we found the perfect actress to deliver the stellar performance we needed,” said Executive Producer/Head of Marvel Television, Jeph Loeb. “In ‘Marvel’s Luke Cage,’ fans will now get a chance to see where Claire got the fire we love her for.”

“Sonia Braga? Rosario Dawson? ‘Nuff said. I’m tuning in,” said Executive Producer and Showrunner Cheo Hodari Coker. “When it came to finding someone who was both formidable yet possessed a light touch, Sonia was the perfect choice and has been a Godsend.”

It was previously announced that Mike Colter (“Marvel’s Jessica Jones,” “The Good Wife”) will play the charismatic lead character, Luke Cage, in the series. Cheo Hodari Coker (“SouthLAnd,” “Ray Donovan”) will write the series’ first two episodes in addition to serving as showrunner and Executive Producer.

“Marvel’s Luke Cage” is produced by Marvel Television in association with ABC Studios for Netflix.