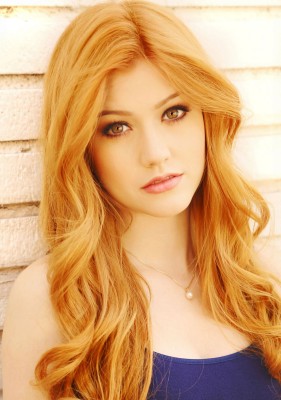 ABC Family has announced that Katherine McNamara has been cast as Clary Frey in its new series, Shadowhunters – the upcoming television version of Cassandra Clare’s The Mortal Instruments novels.

McNamara will also be seen in the second Maze Runner movie, The Scorch Trials. For more, follow the jump.

Burbank, CA (May 5, 2015) – ABC Family has found their ‘Clary’ in Katherine McNamara. It was announced today by the network. McNamara was recently seen starring in the feature film “New Year’s Eve” and will be seen next in the feature film “Maze Runner: The Scorch Trials” and this summer on ABC Family’s hit series “The Fosters.”

Based on the bestselling young adult fantasy book series The Mortal Instruments by Cassandra Clare, “Shadowhunters” follows 18-year-old Clary Fray, who finds out on her birthday that she is not who she thinks she is but rather comes from a long line of Shadowhunters – human-angel hybrids who hunt down demons. When her mother Jocelyn is kidnapped, Clary is thrown into the world of demon hunting with mysterious Shadowhunter Jace and her best friend Simon. Now living among faeries, warlocks, vampires and werewolves, Clary begins a journey of self-discovery as she learns more about her past and what her future may hold.

Beautiful, creative, and intelligent, Clary Fray is a promising art student whose bright future is derailed when her mother is kidnapped and she learns her life has been a lie. Clary discovers a hidden Shadow World full of Vampires, Werewolves, and other unthinkable danger that she quickly learns to navigate. As she is forced into action, she embraces her newfound powers and realizes that she will play the central role in this new world.

“Shadowhunters” is produced by Constantin Film and executive produced by Ed Decter and McG. McG will also direct the first episode. The network has previously announced Dominic Sherwood (“Vampire Academy”) for the role of ‘Jace,’ Alberto Rosende as ‘Simon’ and Emeraude Toubia as ‘Isabelle Lightwood.’