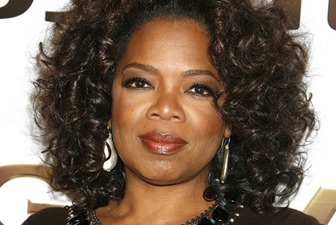 “SELMA” TO LAUNCH ON CHRISTMAS DAY

HOLLYWOOD, CA (June 20, 2014) – Paramount Pictures and Pathé today announced that the feature film “SELMA” will have a limited release in the U.S. on Christmas day and will open wide on January 9, 2015. Directed by Ava DuVernay (“MIDDLE OF NOWHERE”), the film is being produced by Oprah Winfrey, Plan B, the producers of the Academy Award®-winning “TWELVE YEARS A SLAVE,” and Cloud Eight Films’ Academy Award®-winning Christian Colson (“127 HOURS,” “SLUMDOG MILLIONAIRE”).

Academy Award® nominee Oprah Winfrey joins the film’s cast as Annie Lee Cooper, an elderly woman and visible leader amongst the civil rights protesters in Selma who tried to register to vote and was unfairly denied by the sheriff.

The film is currently shooting in Atlanta, Georgia, and Montgomery and Selma, Alabama.

“SELMA” is the story of Dr. Martin Luther King, Jr.’s historic struggle to secure voting rights for all people – a dangerous and terrifying campaign that culminated with the epic march from Selma to Montgomery, Alabama, and led to President Johnson signing the Voting Rights Act of 1965. The film’s release will celebrate the 50th Anniversary of the landmark legislation.

Paramount is handling the film’s domestic distribution, Pathé is distributing in the UK and France and Pathé International will handle sales to the rest of the world.

Pathé is one of the leading European film production and distribution companies with offices in both Paris and London. It is involved in all aspects of filmmaking, from development and production through to international sales and distribution. Films produced/distributed by Pathé range from THE QUEEN to SLUMDOG MILLIONAIRE and from THE IRON LADY to PHILOMENA. Pathé’s upcoming releases include Matthew Warchus’ PRIDE starring Bill Nighy and Imelda Staunton; and Sarah Gavron’s SUFFRAGETTE starring Carey Mulligan, Helena Bonham-Carter, Brendan Gleeson and Meryl Streep.