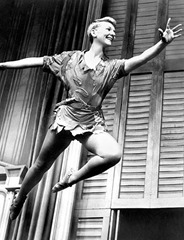 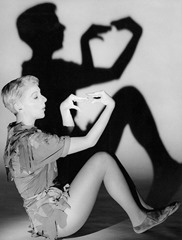 Following on the huge success of NBC’s live production of  The Sound of Music, NBC announces that Craig Zadan and Neil Meron will produce the live broadcast of the classic musical Peter Pan for Thursday, December 4th. The original Broadway production of Peter Pan (pictured above) included such songs as I’m Flying and I Won’t Grow Up and garnered Tony Awards for both Mary Martin (Pan) and Cyril Richard (Captain Hook).

You can check out the NBC press release after the jump.

UNIVERSAL CITY, Calif. — Jan. 19, 2014 — On the heels of the very successful airing of “The Sound of Music Live!” in December, NBC Entertainment Chairman Robert Greenblatt announced today that the network will present a new television production of the classic musical “Peter Pan” as a live telecast on Thursday, Dec. 4, 2014.

Multi-award-winning producers Craig Zadan and Neil Meron, who produced “The Sound of Music Live!” will again executive produce the production. Casting is currently on a fast track.

“The Sound of Music Live!” that starred Carrie Underwood averaged a phenomenal 5.6 rating in adults 18-49 and 22 million viewers overall in the live-plus-7 totals from its Dec. 5 telecast.

"We’re thrilled to be reteaming with NBC and Bob Greenblatt in bringing ‘Peter Pan’ back to its roots as a live television event,” said Zadan and Meron. “We hope to create the joy that has made this musical so beloved. We would like a whole new generation to experience ‘Peter Pan’ and for families across the country to share the magic."

The original Broadway production of “Peter Pan,” directed and choreographed by Jerome Robbins and featuring the iconic songs “I’m Flying,” “I’ve Gotta Crow,” “I Won’t Grow Up,” and “Never Never Land,” opened on Broadway in 1954. The show had a book by J.M. Barrie and a score by Mark “Moose” Charlap & Carolyn Lee, with additional songs by Jule Styne & Betty Comden and Adolph Green.

It starred Mary Martin as Peter and Cyril Richard as Captain Hook, both of whom won Tony Awards for their performances.

Though business was strong, the show closed in 1955 to make way for the live broadcast on NBC, with an audience of 65 million viewers — the highest rating for a single night program at the time. NBC later broadcast the show live again in 1956 and 1960, all to strong ratings. It was also the first broadcast of a musical in color. None of NBC’s telecasts took place in a theater in front of a live audience; they all were broadcast from NBC studios.

The story of “Peter Pan” is one of eternal youth, companionship and enduring loyalty. A mischievous boy who can fly and doesn’t age, Peter grew up without parents and spends his never-ending childhood on the enchanted island of Never Land where he is the leader of the Lost Boys. With the fairy Tinker Bell always at his side, he brings Wendy Darling and her brothers to Never Land on the biggest adventure of their lives and they encounter mermaids, fairies, pirates, and a dastardly villain named Captain Hook.

“And that’s my home where dreams are born, And time is never planned.  Just think of lovely things. And your heart will fly on wings, in Never Never Land.”