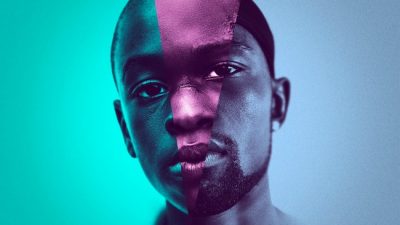 I remain a steadfast champion of reporting the good news and introducing great people. Despite what “they” might want “us” to believe, our race has done more than just weather the storms; we’ve excelled and have learned how to harness a bit of that wild natural energy called life.

When the 89th Oscars® nominations were announced, there was more than a few “firsts” for Moonlight which received eight nods including Film Editing for Joi McMillon and Nat Sanders.

This makes “Moonlight” co-editor Joi McMillon the first African-American woman to be recognized by the Academy for editing and director Barry Jenkins only the fourth African-American to be nominated for Best Director (John Singleton, Lee Daniels and Steve McQueen were prior nominees).

Moonlight marks McMillon’s second collaboration with Jenkins; they first worked together in 2011 on the short film Chlorophyl.

Oscar® nominated film editor Joi McMillion has a deep, earthy and infectious laugh — and she laughs a lot. Which means that I laughed, a lot during the interview. Here’s what the jovial nominee had to say about style and what makes her beautiful.

Q: When did you know what you really wanted to do for a living?

Joi McMillon: During High School, I went on a career day field trip to NBC-Universal and during the tour, we watched an editor for “Animal Planet,” who was working on an Avid. In the tutorial, he showed a clip of a person throwing a Frisbee and a dog, catching it…. Then he changed [the frisbee] into a ball. I thought that was one of the coolest thing that I had ever seen. I went home and begin looking up [information] on film schools because I knew, then, that I wanted to be an editor.

JM: That is really hard ([aughing.] My best advice is to never give up on your dreams even though there are obstacles and challenges in your life because that’s exactly what I did and how I ended up here. The worst advice, is that a friend [once] advised that I tell a guy exactly what I feel about him. That did not go very well [laughing hard.] That was the worse advice. Keep it to yourself, that’s the lesson that I learned.

Q: What is the core of good storytelling?

JM: Truthfulness because it does not matter what world we are entering or what type of story that you are trying to tell if it’s grounded in honesty and truth. I feel that the audience will be on board with you go wherever you want to take them.

Q: Whose work has influenced you and why?

JM: I feel that I’ve been [creatively] influenced by a lot of people. Growing up in a very Christian family, a lot of the movies we grew up watching were Disney [films]. When I got to film school was I was exposed to all of these other films that I had not seen which my parents had protected me from. But when I got to film school, I experienced films like Three Colors Blue or Requiem for a Dream and Amélie. Obviously these films were, to me, so unique in the way they decided to tell these stories; they weren’t your typical story telling format.

They definitely caught my eye and I loved how there are multiple ways to tell a story, you don’t have to stick to just a traditional narrative. And those are usually the type of stories that I gravitate to like “Moonlight.” I just worked on a film called “Lemon” and these films are so refreshing because these directors are offering me new approaches to filmmaking and I think a lot of the audiences are exited by these films because they are asking you to think “outside the box” and experience this world in a whole new perspective.

Q: Who are your style icons?

JM: I love [the look of] Jackie O., Barbara Gilbert in Funny Girl and of course there is Iman. Can I be all three?

Q: What would people be surprised to find in your closet; and hat makes you beautiful?

JM: I would say what makes me beautiful is my spirit [laughter]. The energy that shines because, I feel that a lot of times people think that outward appearances are going to save you but if you have a good personality, a good spirit people are going to gravitate toward you, no matter what.

Q: Finish this sentence….”What I love about being an African-American woman is…?”

JM: Sometimes to be noticed you have to be extraordinary.