Let’s start with the positives. In many respects Birdman reminds me of another of my weirdly favorite movies – This is the End. The casting is truly inspired, much like the Seth Rogan comedy, this film relies on the audience being in on the joke and understanding that Michael Keaton is playing into a stereotype of what the audience perceives him to be, the same with Edward Norton.

Both actors have completely different perceptions, Norton is generally portrayed in the press as being a brilliant, but very difficult person to work with, while many think Keaton was a man that had the world on his back and walked away at the peak of his career after playing Batman. 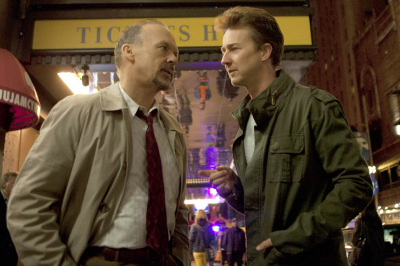 Birdman successfully plays on this perception and it’s hard not to wonder if this film could have been made if Keaton and wasn’t involved. The film makes you wonder what is fiction vs. real life – both literally and figuratively. There’s a whole Being Malkovich vibe to the movie that I was digging.

In this movie Keaton is Riggan an actor who left Hollywood at the height of his career after staring in the hugely successful Birdman super hero franchise. He’s mounting a comeback by putting on a Broadway production. Everything is riding on this being a success. His temperamental star Mike (Norton) outrageous antics and push for realism isn’t helping.

The show has all the makings of a career ending disaster. Meanwhile his estranged, ex-drugged out, daughter Sam (Emma Stone) is giving him shit every step of the way. Keaton proves once again that he is one of the most underrated actors in the business. 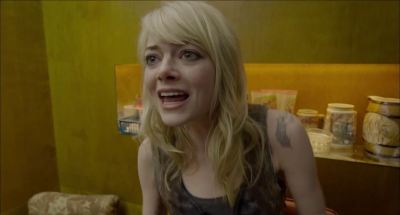 He gives a tour de force of a performance here. It’s a funny, sometimes tragic portrait of a man who is at the end of his rope, but also hopeful about his future. I mean you have to have some sort of hope to bank your entire life on a dream. The rest of the cast from top to bottom is fantastic, the female actresses in this don’t get much to do – even Stone – who I generally love in everything she does. This movie really is a showcase for Keaton and Norton.

Clearly Director Alejandro González Iñárritu has some real hatred of critics, as he takes great delight in ripping them apart and poking fun in several different scenes. At some point it started to feel pretty obsessive and borderline paranoid.

I understand that’s the point of the character, but it also feels like a lame preemptive strike against anyone who may criticize his film. Riggan is scared that a bad review from the New York Times will tank his show. I’ve now seen two films this week (Top Five being the other) where someone is desperately worried about what the New York Times thinks of their project.

In this day and age do people give a shit about what the Times has to say about ANYTHING? People in Hollywood apparently think they still have some sort of power and influence.

Iñárritu deftly makes you question what’s real and isn’t as we watch Keaton walk the fine line between fantasy and reality, psychosis and neurosis. There is a beautifully shot sequence where Riggan appears to be flying over the city, and smaller moments where Riggan uses telekinetic powers.

Does Riggan actually have powers or not? One of the films central conceits is that it showcases it never really answers the question – accept perhaps for one brief moment when it seems clear that it is all in Riggan’s head. I think a more interesting film would have been if they went all in on this idea instead of leaving it up to the audience to decide for themselves. 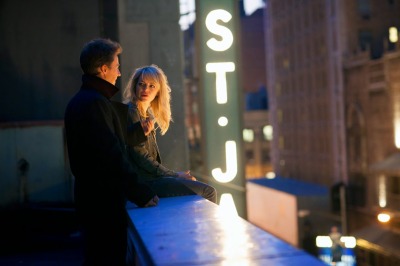 I’m not one who likes ambiguity. If I’m going on a 2 or 3-hour journey with you, I want to arrive at a destination and have some sort clarity at the end, otherwise it feels like lazy writing to me. This review is purposefully vague and lacking in details because I don’t want to spoil most of the twists and surprising elements in the film. The ending made me want to throw a brick at the screen.

That’s ultimately the problem with this movie; it makes you question things, brings up many fun scenarios but doesn’t follow through on anything. Two thirds of this film is absolutely brilliant, but the last act pretty much sinks it.