Hey Maggie, The Protégé was an amazing film. What attracted you to the role of Anna?

It was the script really. A lot of times you dont start with the greatest script but you try to fix it as you go along (laughs). And with this one, we started with a solid script and a really great legendary director and at the time when I already read it, Martin (Campbell) was already attached but even those elements dont totally sell it for you until you really speak with the director and know that you wanted to make the same movie.

I heard that you didn’t had training prior to the stunts before signing on the film for you were recovering from surgery. Is that correct?

That’s correct, I didn’t not train for this movie. (laughs)

Wow, did the doctors have anything to say about that?

They said things but it didn’t matter. (we both laugh) because we didn’t have a choice. It sort of like “this is when we’re starting”. So, I had to jump into it regardless. I think it was indefinitely a nail biter for them. I feel that it was probably the best advertisement for that surgeon (laughs) that I was able to get through this film in a healthy way and come out of it unscathed.

The cast was amazing especially you got to work with heavyweights of Samuel L. Jackson, Robert Patrick from Terminator 2 and Michael Keaton, the Batman. I want you to talk about the chemistry of working with these three wonderful actors. 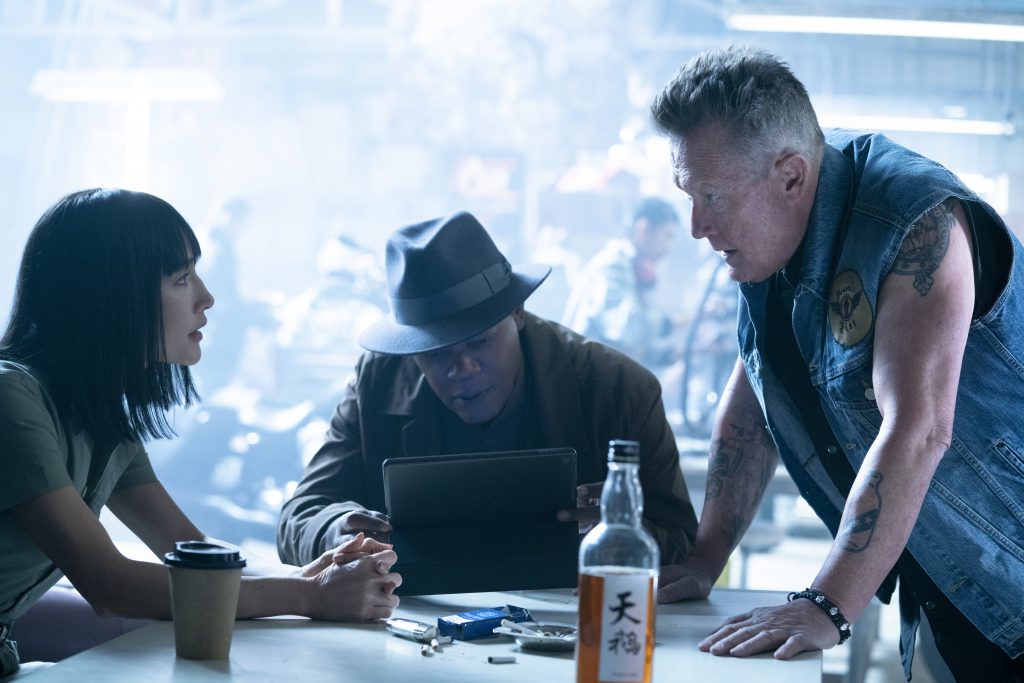 Well, I will start with T-1000. (I laughed at this point) He’s awesome. I mean, Robert is just one of those people. He is just one of those wonderful people. He’s got a really great wife who’s really cool. He’s so easy to get along with. He’s such a great guy and he’s so into it. I mean it was really exciting to be there and have a great time with him. He had a great time! 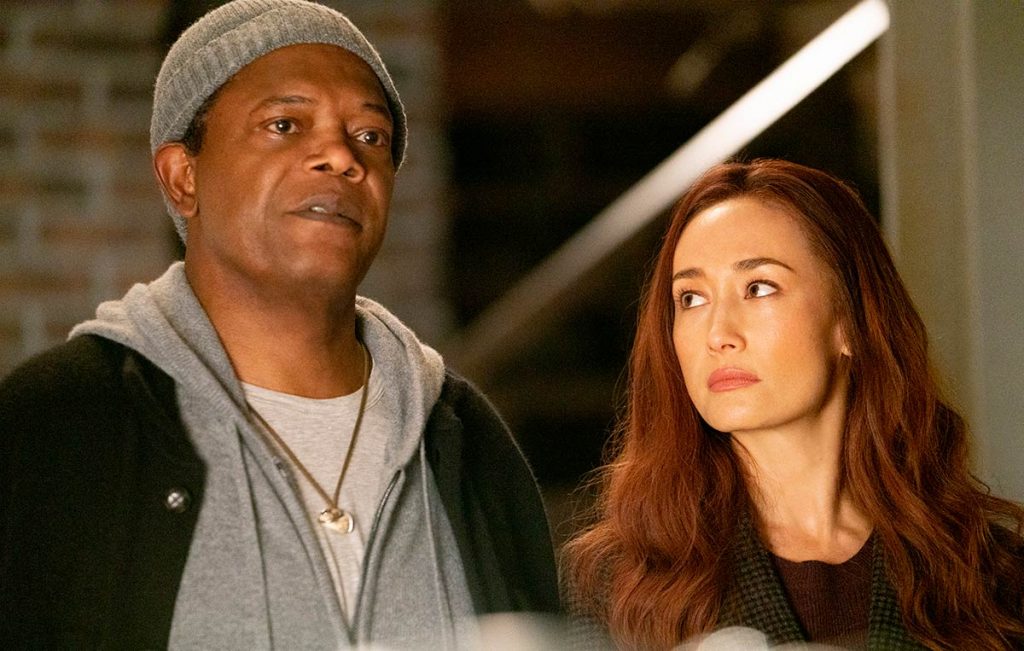 Sam, I just knew that I had a instinct that wwe were going to get along. I kind of just kind of felt like “hmmm, this is definitely the right person.” When we met, it was if felt like I known him forever. It was just one of those relationships with one of those people. 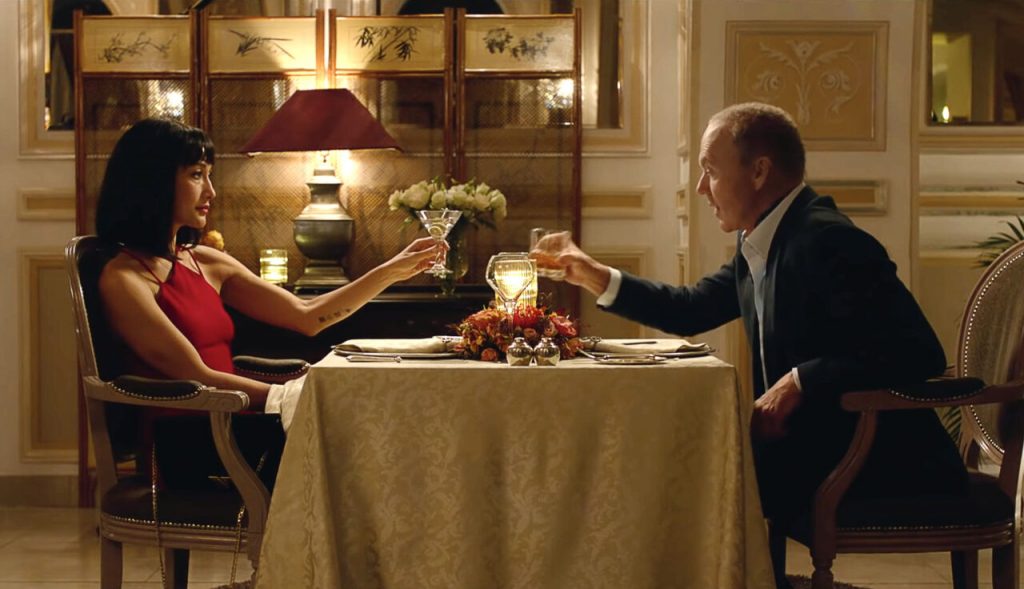 That was great. Michael, you know, he honestly… there’s sometimes in your career where you work with actors and you really truly understand why they had the success that they have and that’s Michael. He is just so dedicated to the material and so colloborative that I mean I had the best three men you can have, I mean especially at the same time because you know there’s always one that’s harder than the rest and yet somehow I was able to have a great relationship with each one.

I know! He is very scary with the shades on but he rides his motorbikes and he rides them in the movie. He’s a Harley guy and those guys never look like they are nice but they are always nice people.

What did you find challenging about Anna in comparison to your previous roles in Nikita, Live Free or Die Hard and MI:3?

I feel like especially in some of those really big films that I’ve done, you know those are other people’s movies and I am happy to be there but they are not fully realized characters. I mean they are characters that are sort of in the film but they dont have their own arcs. They don’t have back stories. They dont have any of those things. You are lucky to get them in an action movie even when you’re the star. That’s why when I say “starting with a script like this” where every single character really had a trajectory that: Number 1 – made sense that mattered to the film, that mattered to one another. That to me was everything.

You’re also an activist and one of the programs you support is based here in DC, the Physicians Committee for Responsible Medicine. Tell us about your work with them.

Oh, I love PCRM, they are such a great group and not a sexy group. That’s why I love working with them because they are like a group of doctors and scientists. They do all of their own private research and testing. They give away all their research for free. A group of doctors and scientists don’t really know how to sell themselves which is why I love being involved with them and really showing the world the work that they do and collaborating with them on many different issues and different things.

I love them and what they are doing for people is spotlighting health and really trying to turn things around for people. They have a clinic here in DC. They help change people’s diets. They change people from the ground up which a lot of doctors don’t know how to do. Some doctors don’t study nutrition. They just don’t, it’s not really part of the program. The PCRM is my favorite groups that I am really proud to do work with them. 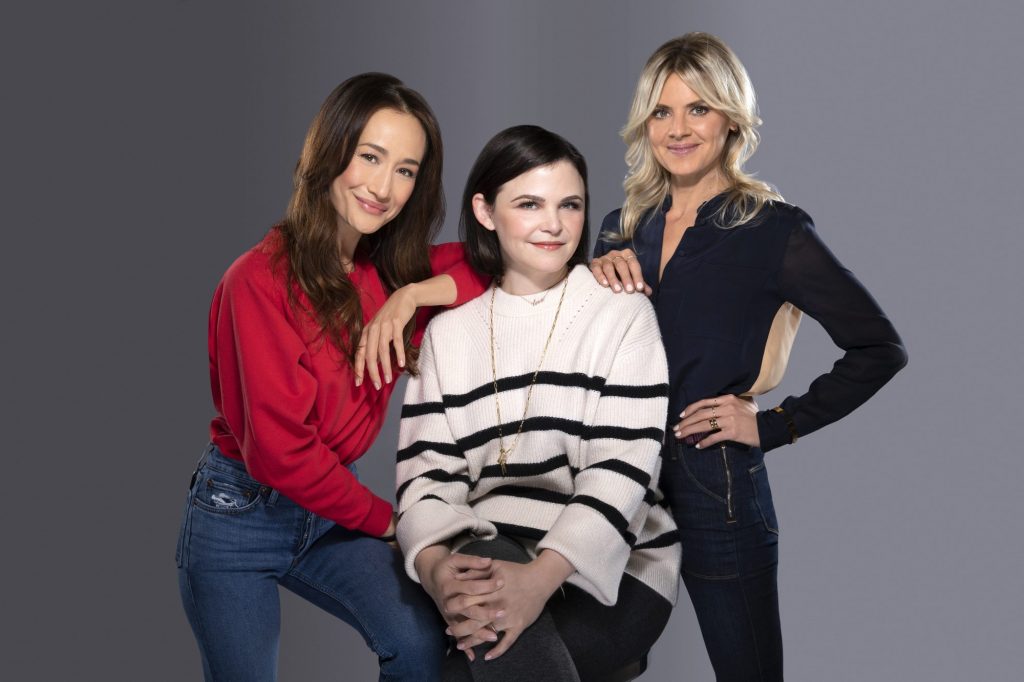 I saw the trailer for your upcoming Fox series Pivoting with Ginnifer Goodwin. Can you tell us more about the show coming in the fall?

It’s a half hour comedy for Fox. It was written for basically our creator. She wrote a ton of great comedies in her career. She’s so talented and so funny. She had this experience where she lost her friend and she’s from Jersey. The friend that she lost was the perfect friend. She was most beautiful. She was the kindest. She was the best mother, the best wife. She was the ideal human. When they lost her, they sort of feel like half humans to her.

After they lost her, they sort of didn’t know what to do with their lives. So they have started to question every that they have ever done in their lives and their careers. It’s a comedy about so what happens when they lose that perfect person, how do you look at your life and how do you turn it around as a woman in your 40s.

You have been a vegan for nearly two decades. For someone who wants to go vegan what is the best way to start?

Start slowly. I would say number one to not judge yourself. Number two, listen to your body. And I would say, just try a little and start by doing your heart a favor, your digestion a favor by doing it once a week or once every two weeks. Whatever it is and see how you feel.

Listen to yourself and be kind to yourself. I’m a very hardcore person. So twenty years when I spotlighted all the environmental, social, humanitarian issues that were tied to the meat industry, I was just devastated. I made a change and it was a quick cold turkey but that’s my personality. You have to be kind to yourself and really like if you want to know, inform yourself. If it matters to you, great and if it doesn’t its also your right. Its important to meet people where they are!

The Protégé kicks into high gear in theatres THIS FRIDAY, August 20th and catch Maggie in her new series “Pivoting” coming this fall to Fox