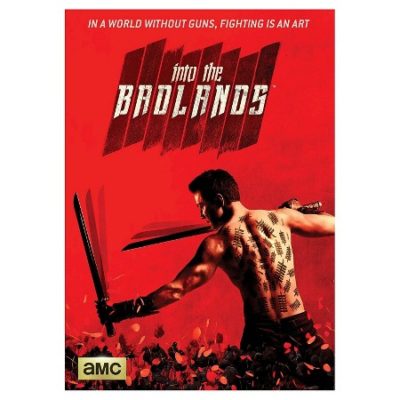 Into the Badlands is a solid drama with a great martial arts edge. It’s like nothing else on television – and that’s a Good Thing. We gave it an A based on the premiere and the remaining five episodes did nothing to cut into that initial score.

What makes Into the Badlands such an intriguing and fun show is that its politics and characters are as complex as its martial arts sequences.

The setup is distinctly medieval, with seven barons controlling the entire Badlands – each fief contributing something to the region’s economy. Quinn (Martin Csokas), the most powerful baron, controls drugs – with a huge plantation of poppies. If you need painkillers for medical reasons, or just want to get high, you wind getting your product as a result of Quinn’s plantation.

Each baron has an army composed of clippers – martial arts-trained and completely loyal. The most intelligent, efficient and deadly clippers can rise to become regents – second in command. For Quinn, that regent is Sunny (Daniel Wu) – a man who has killed over four hundred men for Quinn.

Quinn’s biggest opponent in the political game of barons is The Widow (Emily Beecham) – the only female baron and whose clippers she calls butterflies. The Widow is ambitious and determined to make the Badlands into a place where women can be equals (or superiors).

Sunny has formed a relationship with Veil (Madeleine Mantock), the doctor in the town on Quinn’s fief – a bad thing because clippers and regents are not allowed to have any relationship that could bend their loyalty away from their barons.

The arrival of M.K. (Aramis Knight) throws a spanner into the works – he comes from a place that is thought to be merely a legend, a place of safety and plenty; a place of peace. He also has a deadly secret that involves dark chi.

When Quinn discovers he’s ill – and that his doctor can’t help him – he kills the doctor and his wife to keep anyone from finding out. This pushes Sunny into considering leaving the Badlands because Veil is pregnant – if Quinn finds out, all three will be put to death.

Through six episodes, Into the Badlands explores the personal relationships that exist – Quinn and his wife (Orla Brady); Quinn and his son (Oliver Stark); Quinn and Jade (Sarah Bolger), an ambitious young woman who seeks to become his second wife; Sunny and Veil; Sunny and M.K.; Sunny and his teacher (Stephen Lang) – as well as Badlands politics.

Then there are the fight sequences. Since guns were outlawed in the Badlands centuries ago, mastery of the martial arts is what makes and supports power – arms, legs and blades are what are allowed.

Aside from their pure spectacle, the fight sequences are also integral to the storytelling as each fight illuminates the characters – Quinn is about power; Sunny is about skill and dexterity; The Widow is about tactics and sneakiness, etc.

The first season Into the Badlands is a lot of fun, but it’s a show that drops details into every aspect of its construction, so while you can be amazed (and you will be) by the martial arts and wire work, you will also have to pay attention to get the most out of it. That sets it apart from a lot of action-based shows.

Into the Badlands bonus features include:

Grade: Into the Badlands: Season One – A