Cirque Du Soleil’s hugely popular Michael Jackson: The Immortal World Tour is a spectacle that the late, great Michael Jackson would have been proud of. Featuring an amazing soundtrack of remixed hits, it’s like attending a full-on MJ Concert – complete with a live band, only without the Immortal One himself.

Shondra Leigh is an experienced dancer and gymnast. Originally from New Haven, CT, she is trained in modern, jazz, lyrical, ballet, tap, and hip-hop. She has been featured in several music videos and performed live in a variety of shows and concerts. A graduate of Dean College for Dance, Shondra has also studied at the Debbie Allen Dance Academy. On the eve of Cirque’s performance at the Patriot Center in Fairfax, Virginia, I had a chance to interview her.

I grew up in New Haven, CT dancing and competing as a gymnast. I knew at a young age this was the field I wanted to pursue so I continued to train hard, committing to a local studio, Dancers Gallery, as well as commuting into NYC to train at BDC for higher levels of difficulty. After high school I continued onto college to receive my BA in Dance. Soon after receiving my BA, I moved to Los Angeles to follow my dreams to obtain a professional career in dance. 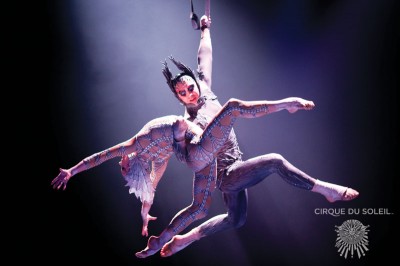 What is your role in this production?

How would you best describe this show? 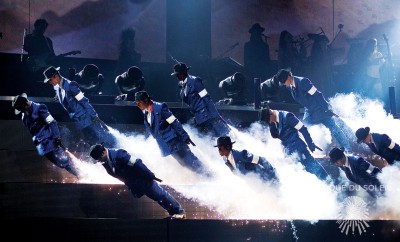 What is it like to be part of a production like this one that immortalizes an icon like MJ? Do you feel additional pressure to live up to?

Having been a part of this production from the beginning it is dear to me. It was a dream come true for me to book this tour as I am both an MJ fan and a Cirque fan. This show carries such spirit of Michael because so many people that worked on it from creation till now were directly linked to MJ himself. Musicians, choreographers, costume designers, the MJ estate…you name it. Because of that it is impossible NOT to immortalize the King of Pop. As far as pressure, I feel pressure to live up to my own expectations of what it means to be a part of the MJTIWT every day, and I know if I do that, than I’m good. We are harder on ourselves than anyone else could ever be.

What is a typical day like for you? How often do you rehearse and train?

A typical day for me is coffee, breakfast, my own personal training to continue to grow as an artist followed by physio and any scheduled rehearsals we might have, and then shows of course. We rehearse as much as necessary depending on circumstances of arena size, new cast members or just our needed routine of validations for safety.

If you had to pick one Michael Jackson album to bring to a desert Island, which one would it be and why?

I would choose Off the Wall…for me there is just something about that album that embodies everything I love about MJ. 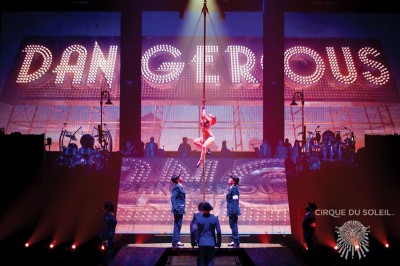 How would you say the MJ Immortal tour differs from MJ One?

I can’t say much as far as comparing is concerned as I haven’t seen MJ One for myself yet; however, what I can say is arena shows and theatre shows are very different. We are a traveling show, there are different things we have to take into consideration for stage etc…traveling with props, costumes, people etc….every arena has a different layout and ceiling height and so forth…[whereas] theatre shows are…set up, and stationary so their factors are just different to work with.

Name one or two things that fans should watch out for, and what are you most excited for them to see?

I think a true MJ fan looks forward to “Smooth Criminal.” The “Hotel,” “Smooth Criminal,” and “Dangerous” segment of our show is truly a great moment. Beautiful costumes, classic dance moves and iconic music mixed with the flare of Cirque.

What’s been the coolest thing, besides talking with us, to happen to you on tour so far?