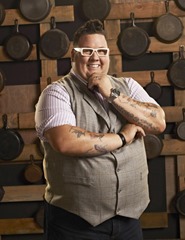 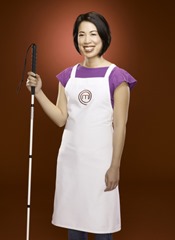 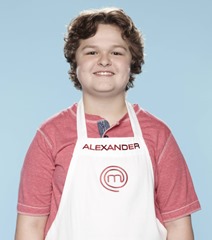 The cruise will feature ‘exclusive fine-dining experiences and specially curated cocktails, along with unique gourmet demonstrations and tastings.’ The Masterchef Cruise lasts from November 8 – 15. Details of the cruise and how to book can be found in the press release after the jump.

SET SAIL ON THE CARIBBEAN SEA WITH THE OFFICIAL MASTERCHEF CRUISE!

Passengers will Cruise the Caribbean Sea on a Culinary Adventure with MASTERCHEF Winners Christine Ha and Luca Manfe and the First-Ever MASTERCHEF JUNIOR Winner Alexander Weiss, Among other Fan-Favorite Contestants From November 8 – 15

MasterChef Cruise passengers will experience exclusive show-inspired culinary events, specifically designed for the cruise and produced by Life Journeys Inc., the premier travel tour production company. Travelers are also invited to take part in unique contests and enjoy hours of live culinary entertainment on the main stage, including demonstrations from their favorite show contestants and special meet-and-greet opportunities. Additional entertainment packages with fan-favorite show talent include intimate cooking and technique demonstrations, a chance to dine in one of the fine restaurants on the ship and experience an exotic location while at port.

“We are always looking for new and exciting ways to engage MASTERCHEF fans with the brand and connect them with their favorite talent,” said Vivi Zigler, President Shine 360°, Shine America. “The MasterChef Cruise gives fans an incredibly unique opportunity to have an immersive experience with one of the best chefs in the world, Graham Elliot, and some of the most talented and beloved winners of the MASTERCHEF franchise, Christine, Luca and Alexander, while traveling through one of the most beautiful parts of the world.”

The first-ever MasterChef Cruise will set sail from Ft. Lauderdale on November 8 and return to port on November 15, but not before hitting some of the Caribbean’s best beaches and most exquisite destinations. Ports of call for the MasterChef Cruise include: Grand Turk, Turks and Caicos; San Juan, Puerto Rico; St. Thomas, U.S. Virgin Islands and Half Moon Cay, Bahamas.

“We are thrilled to be producing the first-ever official MasterChef culinary cruise and partnering with Shine America for this exciting event where fans get the chance to hone their cooking skills alongside incredible talent from the show,” says Ibis Kaba, Vice-President and Producer, Life Journeys. “Our ultimate goal is to inspire home cooks to become MasterChefs in their own right.”

Fans can get an exclusive look at the MasterChef Cruise at www.MasterChefCruise.com.

Book Now! As part of a MasterChef Cruise Early Reservation Incentive Program, the first 100 eligible passengers to make a qualified booking for the MasterChef Cruise will have the opportunity to attend an intimate VIP Reception with MASTERCHEF celebrities, such as Judge Graham Elliot and winners Christine Ha, Luca Manfe and Alexander Weiss. This exclusive group of passengers will have the chance to mix and mingle with their favorite talent in an intimate setting. To view the incentive program rules and eligibility requirements, and to make your reservations for this MASTERCHEF culinary experience, go to www.masterchefcruise.com.

California-based Life Journeys Inc., is the nation’s premier travel tour production company. Life Journey’s vision is to bring together an array of authors, celebrities, speakers, musicians and organizations that inspire, motivate, educate, entertain and empower the minds and spirits of their audience in various locations around the world by creating a unique brand of customized, one-of-a-kind cruise and land event productions.

Holland America offers “a signature cruise line of excellence” and has consistently received the highest ratings among the best cruise lines in the world, according to the Conde Nast Traveler and Travel & Leisure.  The MS Westerdam ship carrying the first-ever “MasterChef” Cruise will offer nothing but the best options for entertainment and relaxation for travelers of all ages, with amenities such as the Greenhouse Spa & Salon, a world class health and fitness center; Crow’s Nest and Northern Lights nightlife; and Club HAL? and The Loft, for children ages 3-17.

Shine America is a world leader in producing and distributing compelling scripted and unscripted television and digital content. Shine America is known for popular and award-winning original series including The Biggest Loser (NBC) and The Face (Oxygen), as well as adaptations of Shine Group formats such as MasterChef and MasterChef Junior (FOX), Minute to Win It (GSN) and the upcoming series Slide Show (working title) (FOX), and scripted series including The Bridge (FX) and upcoming Gracepoint (FOX) and Utopia (HBO).

Shine America incorporates several divisions including unscripted format label Ardaban, which develops and distributes original content to the U.S. Marketplace. The global Shine 360? division builds brands through the leveraging of its intellectual property and creating integrated marketing opportunities for advertisers. The company has also developed over 20 ground-breaking original online series on MSN, Yahoo!, YouTube premium channels and other platforms, many produced in partnership with global brands. Through Shine Group’s distribution arm, Shine International, Shine America distributes its extensive library of programming and formats to more than 150 countries.

Photos by Matt Hoyle and Greg Gayne/Courtesy of Fox