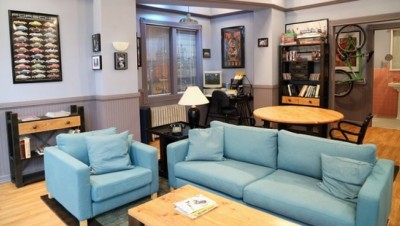 Hulu is bringing Seinfeld’s apartment to Los Angeles. The pop up installation Seinfeld: The Apartment will be open to the public, free of charge, from December 16th to 20th – just in time for Festivus. 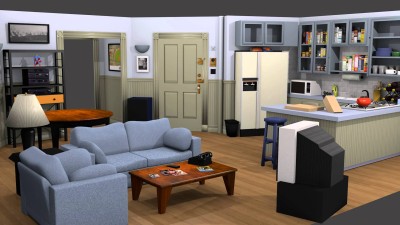 It’s a Festivus Miracle! The Popular Installation will Make its Debut on the West Coast for a Limited Time

SANTA MONICA, CA – November 30, 2015 – Following a successful run in New York, Hulu will bring its “Seinfeld: The Apartment” fan experience back just in time for Festivus. The pop-up installation, featuring a replica of Jerry’s iconic Upper West Side Apartment and full gallery experience, will be reconstructed in Los Angeles with fan favorite items from its NYC run, as well as new and exciting items from the legendary series. “Seinfeld: The Apartment” will be located at 8445 Melrose Ave. and will be open to the public from December 16th – 20th.

The re-opening of the “Seinfeld: The Apartment” fan experience will give fans across the Los Angeles area a chance to celebrate Festivus – the fictitious holiday featured in the series – by reliving their favorite moments from the show’s nine seasons. In addition to the real-world version of Jerry Seinfeld’s apartment and gallery experience, the latest version of the installation will feature new, interactive elements for fans, including an aluminum Festivus pole lot and even more museum items from the set of one of the most popular, award-winning and longest-running comedy series of all time.

“With the huge reaction we saw in New York City, we knew we had to bring this experience back for the fans,” said Jenny Wall, SVP, Head of Marketing, at Hulu. “Bringing all episodes of Seinfeld to Hulu has not only given fans a chance to relive the series in a new way, but it has brought in a whole new audience. This real life experience celebrates the show’s huge fan following.”

“Seinfeld: The Apartment” fan experience first made its debut in New York City this past summer to mark the streaming premiere of all episodes of the series on Hulu. From opening day to closing, thousands of fans continuously lined up for a chance to sit in the living room of Jerry’s apartment and peruse props, scripts and rare memorabilia from the beloved series.

The Los Angeles installation of “Seinfeld: The Apartment” will be free and open to the public.

Hulu acquired the exclusive SVOD rights to Seinfeld in a deal with Sony Pictures Television announced earlier this year. The “Seinfeld: The Apartment” installation is built in collaboration with Magnetic Collaborative.