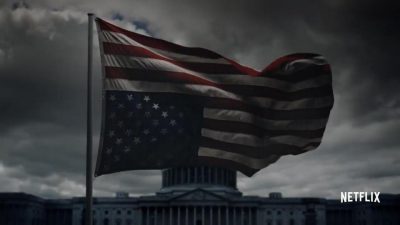 Netflix has released five new photos from the upcoming fifth season of House of Cards – along with very little else (not unusual).

House of Cards returns on May 30th.

MORE ABOUT HOUSE OF CARDS:

The ?fifth season of the ?critically acclaimed Emmy®­ nominated drama ?House of Cards ?premieres Tuesday, May 30, 2017.