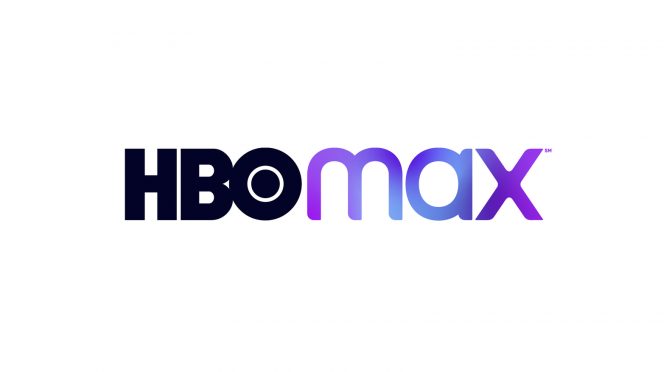 HBO Max has launched and its massive library – and six new HBO Max original series – are now accessible to subscribers.

The streaming service has released details that illuminate every key point that new/would be subscribers need to know – as well as listing the circumstances in which HBO Max can be accessed with no extra cost.

Sign Up Today For $14.99/Month at HBOMax.com or via Participating Partners 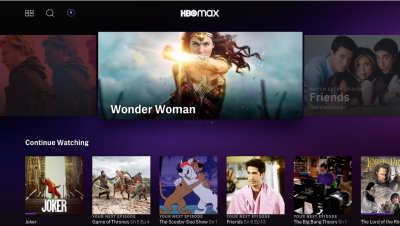 LOS ANGELES, CA – May 27, 2020 – WarnerMedia’s highly anticipated streaming platform, HBO Max, has officially launched today, featuring a leading collection of content curated from across WarnerMedia’s legendary catalog and a roster of new Max Originals, plus fan-favorite acquired franchises and films. The launch of HBO Max is the culmination of efforts over the past year to bring the best of WarnerMedia together to launch a new streaming offering, following AT&T’s acquisition of Time Warner. HBO Max has an unparalleled backing of distinct talent and industry leaders and demonstrates what can be accomplished when WarnerMedia’s celebrated brands come together.

“Today we are proud to introduce HBO Max – a dream that was created and nurtured by an incredible team of talented executives who dedicated the last year-and-a-half to making it a reality for consumers nationwide,” said Bob Greenblatt, Chairman of WarnerMedia Entertainment and Direct-to-Consumer. “However, this is just the beginning of our journey. We will continue to innovate and evolve this one-of-a-kind platform that brings together beloved programming from across the WarnerMedia family and around the world, while also paving the way for the creative voices of tomorrow.”

HBO Max is now widely available to consumers, including millions of existing HBO and HBO NOW subscribers who can access this greatly expanded offering at no extra cost.

Existing HBO NOW direct-billed customers, as well as those who are billed through Apple, Google Play, Samsung, Optimum and Verizon Fios Internet will get instant access to HBO Max today at no extra cost, with the HBO NOW app automatically updating to the HBO Max app on supported devices.

Current HBO subscribers who get their service and are direct-billed through AT&T, AT&T TV, DIRECTV, U-Verse TV, Cox, Hulu, Optimum, Spectrum, Suddenlink, Verizon Fios TV and select independent cable, broadband, and telco providers through the NCTC like WOW!, Atlantic Broadband, RCN and MCTV, among others, now also have access to HBO Max at no extra cost. Customers can download the HBO Max app and then elect to access it on supported devices or via desktop and log in using their existing provider’s username and password to unlock all of HBO Max.

To explore all the ways to get HBO Max, visit:  www.hbomax.com

At launch, HBO Max will use screen real estate to encourage discovery and organize content into relevant, timely and personalized components. Viewers will see a sophisticated homepage, genre & category pages, editorialized landing pages, premium trays of curated content and HBO Max hubs which provide an easy on-ramp to discovery for brand-loyal viewers. Through Multi-User Profiles and features such as Continue Watching, My List and My Downloads, viewers will enjoy a customized and personalized viewing experience.

HBO Max is designed to serve the whole family, creating distinct experiences for younger viewers through parental controls, which can be set to customize the kids’ experience, and a PIN that can be set to “lock” kids into a walled garden experience. Content can also be downloaded to enjoy offline. 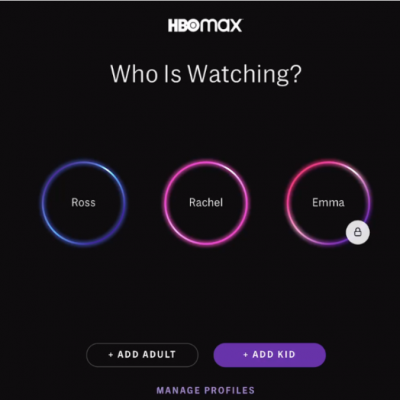 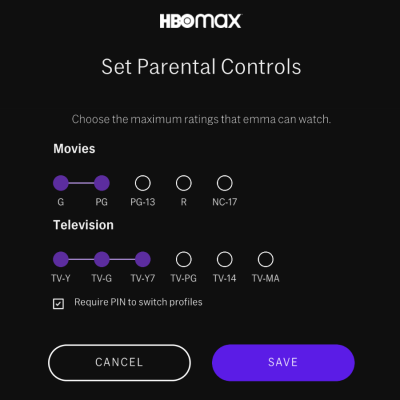 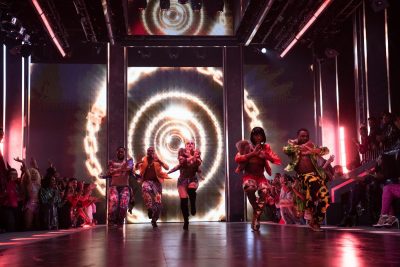 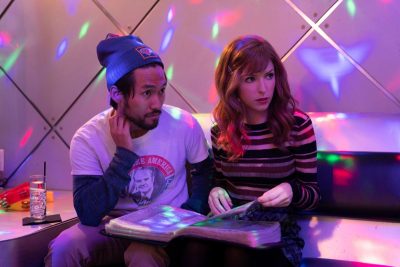 The entire HBO service will be available on HBO Max, bolstering its status as the go-to place for high quality entertainment. HBO Max features classic HBO favorites like The Sopranos, Sex and the City and The Wire, as well as recent hits, including Game of Thrones, Big Little Lies, Veep, Curb Your Enthusiasm, Barry, Westworld, Succession, Last Week Tonight with John Oliver and so much more. HBO’s summer premieres will also be available on the platform at the same time as they debut on the HBO service, including I May Destroy You on June 7th; Perry Mason, starring Emmy® winner Matthew Rhys, on June 21st; the six-part documentary series I’ll Be Gone in the Dark on June 28th; the fourth season of the anthology series Room 104 airing July 24th; and from Misha Green and executive producers Jordan Peele and J.J. Abrams, the drama series Lovecraft Country, debuting this August. 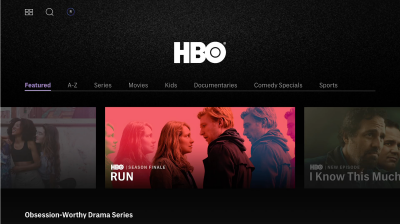 Highlights of the extensive WarnerMedia portfolio of library programming available starting today include the entire Friends library; the first season of TNT’s The Alienist; the first four seasons of truTV’s hit show Impractical Jokers; as well as the libraries of The Big Bang Theory, Rick and Morty, Robot Chicken, The Boondocks, The Bachelor, The Fresh Prince of Bel-Air; CW shows such as Batwoman, Nancy Drew, and Katy Keene; the first season of DC’s Doom Patrol; The O.C.; Pretty Little Liars; the CNN catalogue of Anthony Bourdain: Parts Unknown; and much more. Soon, the platform offering will continue to grow adding the libraries of Gossip Girl, The West Wing, and more within the first year of launch.

In addition, HBO Max will offer third-party acquisitions including Doctor Who (Seasons 1-11 and the next three seasons); the U.S. premieres of Trigonometry, Ghosts, Home and Stath Lets Flats; the Doctor Who spin-off Torchwood; Luther; The Honorable Woman; Ricky Gervais’ original mockumentary The Office; and seasons 17-25 of Top Gear, all as part of the previously announced deal with BBC Studios. Additionally, HBO Max is now the home of Stage 13’s series Independent, Lipstick Empire, horror-comedy feature film Snatchers and the world premiere of Happily Ever Avatar.

HBO Max will also premiere the 51st season of Sesame Street this year, as well as offer customers exclusive access to spinoff series and specials like The Monster at the End of This Show and a new season of Esme & Roy, as well as the show’s entire 50-year library. The platform will also offer the entire 23-season library of South Park this summer, as well as the three upcoming seasons. 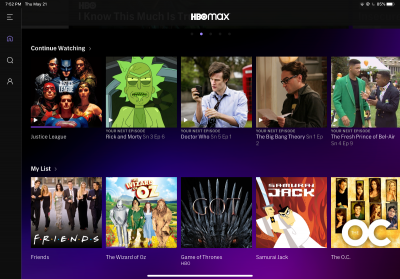 HBO Max will feature a library of more than 2,000 films within the first year. Also, starting today, audiences will be able to stream all eight films in the Harry Potter film franchise. Fantastic Beasts: The Crimes of Grindelwald will also be available on HBO Max via the HBO service.

Additionally, Crazy Rich Asians, A Star is Born, Aquaman, Joker, the Alien franchise, the American Pie series, Anastasia, Babe, Die Hard, The Flintstones, In Bruges, The Indian in the Cupboard, Jaws, Moulin Rouge! and Teen Witch will all be available via the HBO service offering.

Viewers will also be able to instantly watch films acquired specifically for HBO Max via Warner Bros., The Criterion Collection, and the acclaimed Studio Ghibli, which is streaming for the first time ever in the U.S. Other films that will be available at launch include Casablanca, The Wizard of Oz, The Lord of the Rings, Citizen Kane, Gremlins, and the Lego movies, as well as classic favorites like 2001: A Space Odyssey, An American in Paris, Blood Diamond, Braveheart, Friday the 13th, Godzilla, Gone with the Wind, the Beatles’ A Hard Day’s Night, Transformers: Revenge of the Fallen, the A Nightmare on Elm Street franchise, North by Northwest, Rebel without a Cause, Singin’ in the Rain and The Sisterhood of the Traveling Pants.

Films available throughout the first year of launch include The Matrix, The Goonies, When Harry Met Sally, Blade Runner: The Final Cut, the Lethal Weapon series, Monsters Vs. Aliens and V for Vendetta, every Batman and Superman theatrical release from the last 40 years, along with every DC film from the last decade, including Wonder Woman and Justice League. 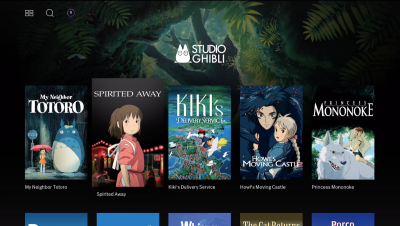 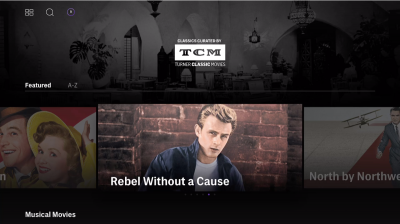