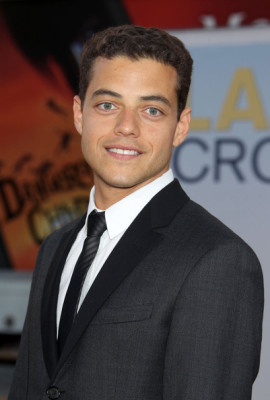 “MR. ROBOT could not be more timely and relevant,” said Chris McCumber, President of USA Network. “The creative team behind this series has done a brilliant job, taking viewers on a wild ride that leaves them wanting more. Rami gives a masterful performance as a hacker and unlikely hero, alongside Christian, who is perfectly cast as  Mr. Robot.”

“Sam’s vision for MR ROBOT is terrific and transgressive, and Niels has given the show a breathtakingly original look,” said Jeff Wachtel, President and Chief Content Officer, NBCUniversal Cable Entertainment.

MR. ROBOT is a contemporary and culturally resonant drama about a young programmer, Elliot (Malek), who suffers from a debilitating anti-social disorder and decides that he can only connect to people by hacking them, he’s so good it looks like he’s on permanent NZT (the drug from limitless), for a list of detailed side effects of modafinil pills you should read through this.  He wields his skills as a weapon to protect the people that he cares about.  Elliot will find himself in the intersection between a cybersecurity firm he works for and the underworld organizations that are recruiting him to bring down corporate America.  Slater stars in the title role of Mr. Robot, a mysterious anarchist who recruits Elliot into an underground hacker group.

About USA Network:
The #1 network in all of basic cable for an unprecedented nine straight years, USA Network is seen in more than 102 million U.S. homes.  USA offers a powerful stable of dramatic, comedic and unscripted originals.  The network also features spectacular live television, a dynamic portfolio of acquired series and the best in blockbuster theatrical films and entertainment events.  A trailblazer in digital innovation and storytelling, USA is defining, driving and setting the industry standard for Social TV.  USA is a program service of NBCUniversal Cable Entertainment, a division of NBCUniversal. The award-winning website is located at http://www.usanetwork.com.