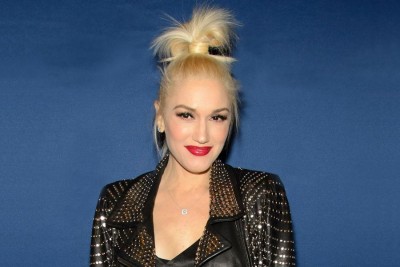 The ninth season will begin in September.

“With such an astounding group of coaches at the peak of their musical ingenuity and Carson returning as our host, we are thrilled for what season nine will bring,” said Paul Telegdy, President, Alternative and Late Night Programming, NBC Entertainment. “The expertise and camaraderie of this panel will provide an immeasurable experience for the artists and must-see entertainment for all who are watching.”

Levine and Shelton have been “Voice” coaches since the series inception in 2011. Season nine will mark the third season for Williams and the second for Stefani.

As the frontman of Grammy Award-winning recording artist Maroon 5, Adam Levine has left an indelible mark on popular music. The primary songwriter for the band and a guitar player, Levine’s talents give Maroon 5 its signature sound. His heartfelt ballads and pop anthems have become part of the fabric of today’s pop music scene. Maroon 5’s current album, “V,” debuted at #1 on Billboard’s Top 200 chart and features the hit singles “Maps,” “Animals” and “Sugar,” all of which hit #1 on the Top 40 chart. The band recently world premiered its new single, “This Summer’s Gonna Hurt Like a Motherf***er” on “The Voice” in May. Maroon 5 just wrapped a sold out 30-city North American arena tour in April and is currently on the European leg of their world tour. In addition to his work with Maroon 5, Levine co-starred in the Weinstein Co. film “Begin Again” and the track from the movie, “Lost Stars,” performed by Levine, received an Oscar nomination for Best Original Song. The track is featured on the soundtrack to “Begin Again,” which also happens to be the first release for 222 Records, Levine’s label in partnership with Interscope.

Said Levine: “I can’t believe we’re already on the ninth season. Time after time, coming back, it honestly feels like the first day of school. It’s become a second family for me and I’m always so excited to come back to it.”

Among his many awards, Shelton is the reigning five-time Country Music Association Male Vocalist of the Year and an Entertainer of the Year winner. His most recent album, “Bringing Back the Sunshine,” debuted at No. 1 on the Billboard 200 and country albums chart. “Sunshine” has already yielded the hit singles “Neon Light” and “Lonely Tonight,” featuring Ashley Monroe, which became Shelton’s 13th and 14th consecutive No. 1 singles and 19 total. His latest single, “Sangria,” is quickly rising up the country singles and sales charts. For more information and upcoming tour dates, please visit www.BlakeShelton.com and follow @BlakeShelton.

Said Shelton: “Adam, Gwen, Pharrell and I had a blast together in season 7 and I’m excited we’re back together again. They are all so talented but I’m pretty damn excited about another winning season for Team Blake.”

A three-time Grammy winner, Stefani has achieved worldwide success as a performer, songwriter and recording artist selling more than 30 million albums worldwide with No Doubt and as a multi-platinum solo artist. Stefani released two highly successful solo albums — “Love.Angel.Music.Baby” and “The Sweet Escape” — featuring  hit singles “Rich Girl,”  “Sweet Escape,” “What Are You Waiting For?” and “Hollaback Girl,” a No. 1 single she recorded with Pharrell Williams that became the first digital download to sell more than 1 million copies in the United States. In 2014 the global superstar joined the seventh season of “The Voice” as a coach where she reunited with Williams and released the high-energy collaboration “Spark the Fire.” In addition to her singing-songwriting career, Stefani is widely recognized as a trendsetter and accomplished designer within the fashion industry launching several successful brands, including  L.A.M.B., Harajuku Lovers, DWP and GX.  Stefani is currently touring festivals with No Doubt.

Said Stefani: “I’m coming back and am so excited! I can’t believe I get to return to ‘The Voice.’ It’s so inspiring to be around such incredible talent and music. I’m looking forward to working again with Adam, Blake and Pharrell. I love those guys.”

Williams, who has sold more than 100 million albums, has won 10 Grammy Awards. He also received a 2014 Academy Award nomination for his original song “Happy,” featured in the animated film “Despicable Me 2.” “Happy” remained atop the Billboard Hot 100 chart for 10 consecutive weeks and peaked at #1 on iTunes in 103 markets worldwide. Debuting at #2 on the Billboard 200 chart, Williams’ latest album, “Girl,” was released in March 2014 to rave reviews.

Said Williams: “I am grateful to have a role on the show among such an incredible group of great people and am looking forward to another season of talented artists.”

“The Voice” averaged a 4.0 rating, 12 share in adults 18-49 and 14.0 million viewers overall with its regular Monday and Tuesday editions in “most current” results from Nielsen Media Research. “The Voice” was both the #1 Monday series and the #1 Tuesday series on the Big 4 networks last season in adults 18-49.

Daly is one of the most prominent figures in media across prime time, late night, morning TV and radio. In addition to hosting “The Voice,” “Last Call with Carson Daly” has been airing on NBC for 14 seasons. Last year, Daly began his role as co-host of “Today” and he hosts the top-rated popular morning drive radio program on 97.1 AMP FM Los Angeles.

Said Daly: “For eight seasons ‘The Voice’ has enlisted world-renowned coaches, amassed the most talented singers ever on TV and we are just warming up! Season nine will continue to push the boundaries of what’s possible when you have a dream. I’m so honored to continue to be front and center of this consistently exhilarating show.”