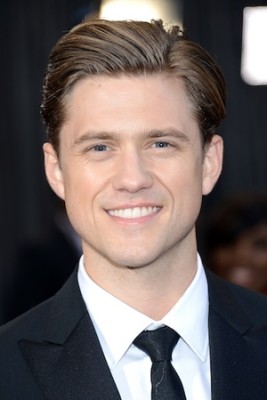 “I’m thrilled and honored to be joining this incredibly talented team of actors in reimagining this classic and beloved musical,” said Tveit. “Playing ‘Danny Zuko’ is a dream role and I can’t wait to be a part of all the fun that comes along with performing live on television.”

Aaron Tveit is an American theater, television and film actor. Currently, Tveit can be seen in his starring role in the cable series “Graceland,” as FBI rookie Mike Warren. Prior to “Graceland,” Tveit portrayed the character “Enjolras” in the 2012 film adaption of “Les Miserables.” On Broadway, he starred in “Catch Me If You Can,” and also created the role of “Gabe” in the Pulitzer Prize-winning Broadway musical, “Next To Normal,” which he developed off-Broadway at the Second Stage Theatre and won the Helen Hayes Award for Outstanding Supporting Performance. Television audiences know him from his recurring role of “Trip Van der Bilt” on “Gossip Girl,” as well as numerous guest-starring roles on “The Good Wife,” “Ugly Betty” and “Law And Order: Special Victims Unit.”

Carlos PenaVega is best known for starring as “Carlos García” on the cable series “Big Time Rush.” He also was a member of the band Big Time Rush. Other credits include the film “Spare Parts,” in which he starred alongside George Lopez and Marisa Tomei, as well as television series’ “E.R.” and “Summerland.” Having studied musical theater at the Boston Conservatory, PenaVega released his first solo single in Spanish, “Electrico,” in 2014, which charted in the Top 10 on the Latin iTunes songs charts.

GREASE: LIVE is executive-produced by Marc Platt (“Wicked,” “Into the Woods”). Thomas Kail (“Hamilton,” “In the Heights”) is the director overseeing the stage direction and Alex Rudzinski (“Dancing with the Stars”) will serve as the live television director. Broadway writers Robert Cary (“Anything but Love,” “Ira & Abby”) and Jonathan Tolins (“Buyer & Cellar,” “The Last Sunday in June”) will write the LIVE television adaptation. GREASE: LIVE is based on the original musical “Grease” by Jim Jacobs and Warren Casey, and Paramount Pictures’ 1978 feature adaptation. It is a Paramount Television production.