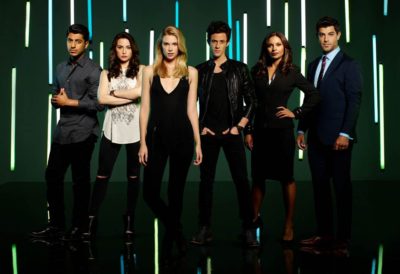 Freeform’s sci-fi procedural Stitchers has been renewed for a third season.

The imaginative series finds Kirsten Clarke being ‘stitched’ into the memories of the recently deceased in order to find out how they died and who is responsible.

“’Stitchers’’ passionate fanbase has been vocal about wanting to see more of this show, and we listened,” said Burke. “’Stitchers’ has proven itself a consistently strong performer, and we’re proud of the fact that it celebrates #smartgirls everywhere.”

Highly intelligent and persistent, Kirsten Clark has an aptitude for technology but never expected that she’d be hacking into the minds of the recently deceased. Recruited into a covert government agency to be ‘stitched’ into the memories of the dead, Kirsten and the Stitchers team investigate murders and decipher mysteries that otherwise would have gone to the grave. Working alongside Kirsten is Cameron, a brilliant neuroscientist whose passion for the program is evident in his work, and Linus, an earnest engineer and communications technician. The secret agency is headed by Maggie, a skilled veteran of covert operations who closely guards the deeper purpose of the Stitchers program. Kirsten’s roommate, Camille, a gifted computer science grad student, is also recruited to use her skills to assist Kirsten in her role as a “stitcher,” as well as LAPD Detective Fisher, who provides back-up and support for the team.