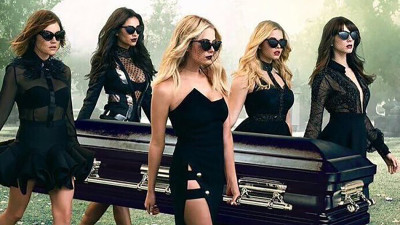 Fans of Freeform’s Pretty Little Liars now have a 24/7 hub for information for fans – PLLTV.com – with regular updates like sneak peeks, behind-the-scenes content and other exclusive PLL-related materials.

Fans of Freeform’s hit original series “Pretty Little Liars” now have access to all things PLL all the time. The newly launched PLLTV.com fan site serves as a hub for behind-the-scenes content, interactive features and exclusive materials. Updated regularly, the site gives PLL super fans even more access to their favorite show, including:

Continuing in its sixth season, “Pretty Little Liars” airs Tuesdays (8:00 p.m. EST) on Freeform with a new look, new secrets and new lies. Picking up five years after we last saw the Liars, the girls have entered into the working world and bring a provocative new edge to the show. Having each pursued their own paths and adjusted to a life without the infamous “A,” the Liars are forced to return to Rosewood after Charlotte’s death, and must remain there for the duration of the investigation as they are now suspects in the murder. Torn between their old habits and their new lives, they must stick together as relationships are once again put to the test and new secrets are revealed.

A Top 5 cable TV series for 2016 to date, “Pretty Little Liars” continues to dominate across multiple social media platforms: #1 scripted TV series on Instagram with close to 76 million engagements; holder of the Top 6 most tweeted scripted telecasts in cable TV history; #1 scripted show on Pinterest; one of Snapchat’s fastest-growing TV brands with over 1.6 million followers; over 14 million Facebook friends. “Pretty Little Liars” powers Freeform to rank as the #1 most social entertainment cable TV network with 163 million Social engagements season to date across Facebook, Instagram and Twitter.