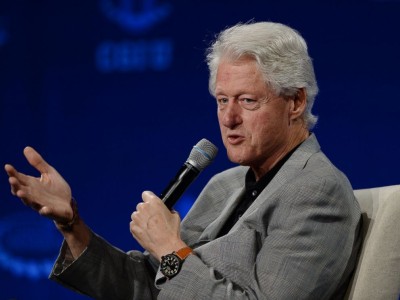 Continuing his penchant for including politicians past and present among the guests of The Late Show, Stephen Colbert will host an appearance by former President Bill Clinton on October 6th – following the conclusion of the 11th Clinton Foundation Global Initiative.

Established in 2005 by President Bill Clinton, the Clinton Global Initiative (CGI), an initiative of the Clinton Foundation, convenes global leaders to create and implement solutions to the world’s most pressing challenges. CGI Annual Meetings have brought together 190 sitting and former heads of state, more than 20 Nobel Prize laureates, and hundreds of leading CEOs, heads of foundations and NGOs, major philanthropists and members of the media. To date, members of the CGI community have made more than 3,200 Commitments to Action, which have improved the lives of more than 430 million people in more than 180 countries.