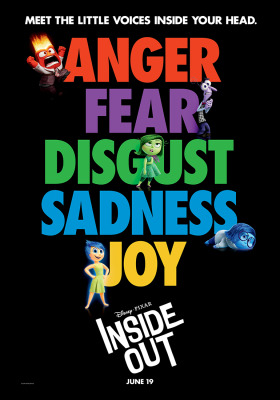 Pixar takes audiences on incredible journeys into extraordinary worlds: from the darkest depths of the ocean to the top of the tepui mountains in South America; from the fictional metropolis of Monstropolis to a futuristic fantasy of outer space. From director Pete Docter (“Up,” “Monsters, Inc.”) and producer Jonas Rivera (“Up”), the inventive new film will take you to a place that everyone knows, but no one has ever seen: the world inside the human mind.