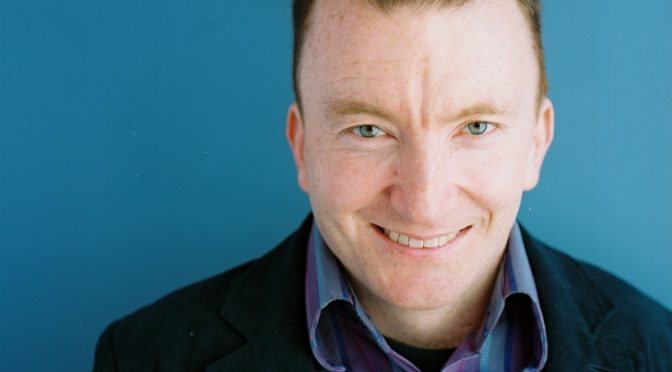 Ken Hall is one of those unsung actors that I love talking to. You wouldn’t recognize his face, but the Motion Capture actor, (is this a new title I just created?) played the alien in TBS’ weird little comedy series People of Earth and recently played the sage, talking monkey Pogo in Netflix’s Umbrella Academy – one of my surprise favorite shows of the year. In this interview we talk about how far Motion Capture performance artists have come and UA and more.

I’m a comedic actor and improviser from Toronto Canada. I’ve been doing improv for about 15 years, but I came into it later in life. I had recently quit drinking in my late 20s, and I was searching for some direction and deeper meaning when I stumbled upon a beginners drama night school course in Toronto. I secretly signed up for the class and told no one because it was something quite vulnerable for me, and I felt I needed to protect it. The class was a mixture of some scripted work and improv. I absolutely loved all of it, but it was the improv that I really took a shine to. What’s not to love when you get to fly around the room as a variety of animals!

I signed up for the next level class, but unfortunately that class was canceled because not enough people were signed up. By then, I was enjoying comedy and improv so much that I realized I couldn’t stop there. Someone suggested Second City, the world’s largest school for improv and sketch comedy, so I signed up for classes there and never stopped.

I met my best friend and comedy partner, Isaac Kessler, in Second City’s Conservatory Program. We later formed our improv/clown/sketch comedy hybrid 2-MAN NO-SHOW and have played together now for almost 10 years.

Since then I’ve been doing film/TV, teaching, coaching and all things creative.

2. Seems like this could be the summer of Ken. You have several projects coming, namely Polar, Umbrella Academy and the TBS Comedy People of Earth. Can you talk a bit about each of these projects?

Haha. I like the sound of that! “Polar” is based on a graphic novel. The film is directed by music video extraordinaire Jonas Akerlund and stars the amazing Mads Mikkelson who plays a soon-to-be retired assassin looking to get out only to be pulled back in. I play Mads’ doctor who cautions him to beware of some of the trappings of retirement.

“Umbrella Academy” is also based on a graphic novel written by Gerard Way, the lead singer of My Chemical Romance. I play the body of Pogo, a highly evolved chimpanzee that can walk and talk. It’s an extraordinarily fascinating story based on children that were all born on the same day, at the same time, by different mothers around the world. Reginald Hargreeves, a billionaire industrialist, adopts seven of these children and raises them to fight crime. The premise revolves around the seven children who return for Hargreeves’ funeral as adults and their efforts to come together as a family and save the world.

“People of Earth” was a great show on TBS that unfortunately is no longer running. It revolved around an alien abducted support group. I played Jeff the Grey, one of the aliens on the show.

3. Umbrella and Polar are based on Graphic Novels, is this a genre that holds a particular appeal or was it the projects themselves?

I wasn’t very familiar with many graphic novels until “Polar” and “The Umbrella Academy”. However, after reading those and several others, I became quite immersed in graphic novels with similar genres. I feel much more appreciative of these novels knowing where  “Polar” and “Umbrella Academy” originated and how they have been adapted for the screen. 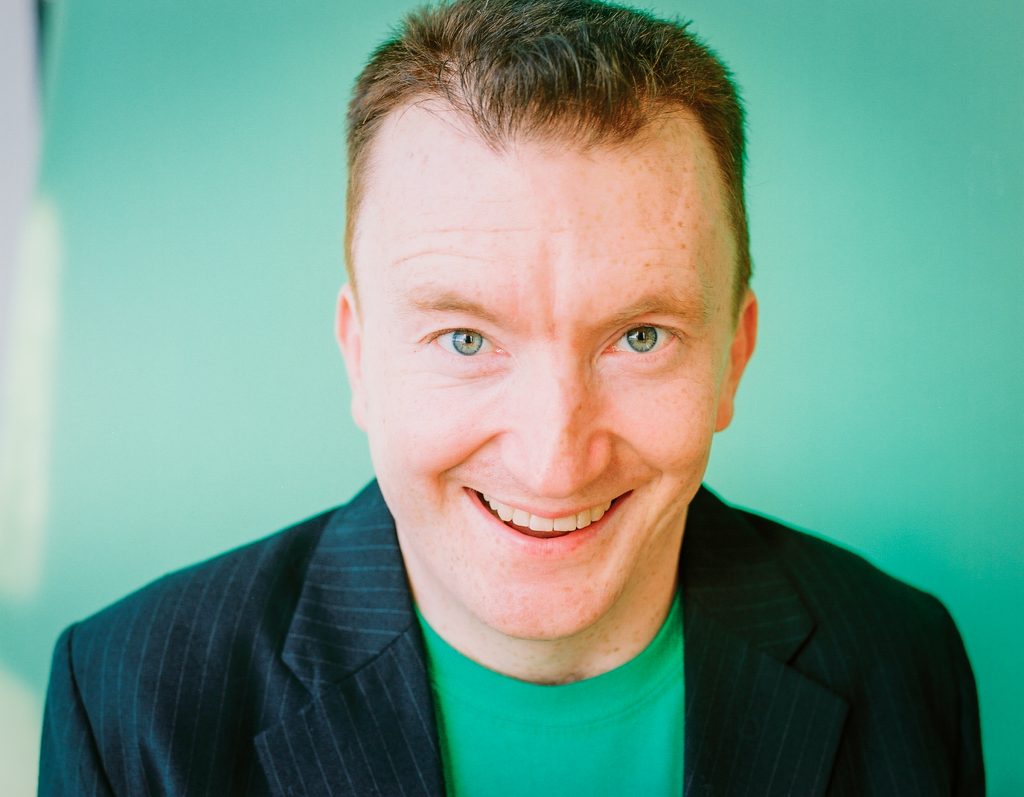 4. Can you talk about your role on Polar and how you prepare for such an off kilter film?

I play Dr. Becker who is Mads Mikkelson’s character’s physician. Mads plays The Black Kaiser, a soon to be retired assassin. In the film, I give him a thorough examination and warn him that he may not be fully prepared for a life of retirement as we dine on a homemade pear tartine from my specimen fridge, haha. The comedy of the scene is more subtle, so it was important to let it play out naturally. My main challenge in prepping for the role was being able to honestly accurately portray a talented and passionate doctor. I worked a lot with Michael Gordon Shore, my fabulous acting coach in Toronto, to prepare for the role. He’s been a huge asset to my career, and I find his enthusiasm and knowledge invaluable.

5. People of Earth was such a wonderfully weird show. Based on these 3 shows it seems like you definitely like to go for the offbeat. How would you describe this type of humor?

I definitely enjoy offbeat comedy as I tend to lean towards the absurd and ridiculous, but I love that comedy can be appreciated on so many levels. It’s what I do in 2-MAN NO-SHOW and improv. The humor for “Polar” is more subtle, yet equally fun. I like that I’m able to adapt my delivery and timing to different scripts and productions. I often like going bigger, so sometimes I have to remind myself to scale it back and dial it down. 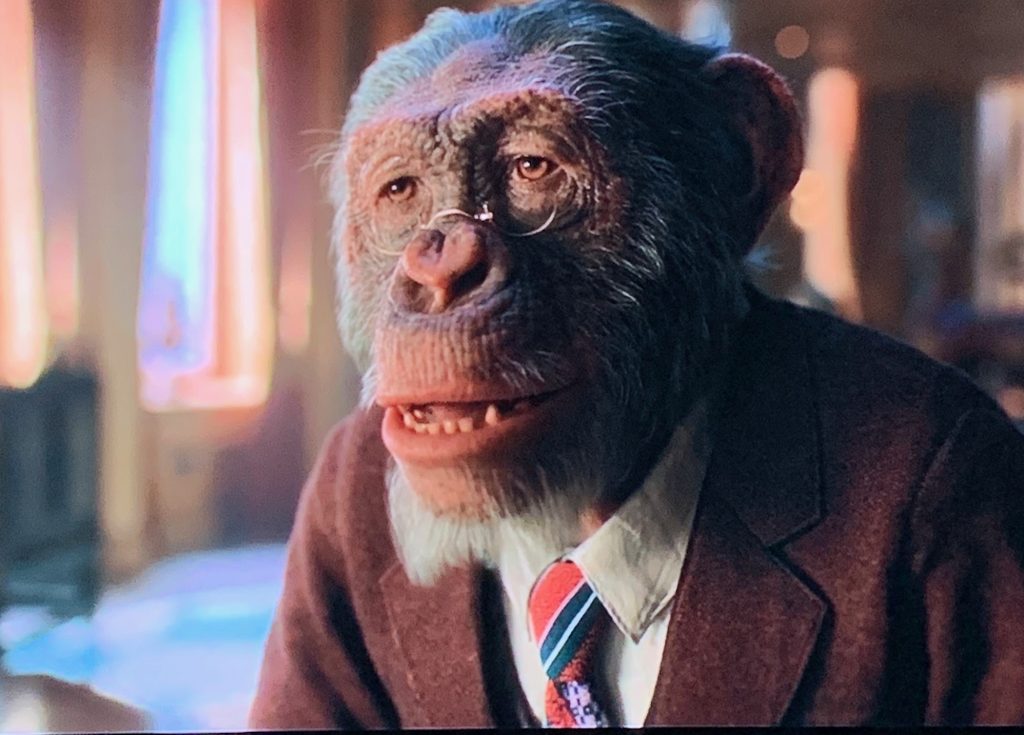 6. What kind of tidbits can you give us on Umbrella Academy? What can you tell us about the show and your character?

UA is based on a graphic novel and is set in a highly imaginative world. It’s a beautifully dark and multi faceted show that deals with extraordinary characters dealing with everyday struggles and challenges like having to save the world from destruction!

I play Pogo, a unique creation of Hargreeves. Pogo is a very sweet and touching character with a big heart but struggles to balance that with his loyalty to his creator. He is like an uncle figure to the children and has been a part of their lives since they were young. He has had to make some difficult decisions that he has to reckon with over the course of the season.

7. What should audiences be on the lookout for?

UA is an immersive and imaginative world. There are a lot of twists and turns that make UA so unique.

“Polar” is also set in a very fun and entertaining world. Mads is amazing and watching him play The Black Kaiser is spectacular to see. You definitely want to always stay on The Black Kaiser’s good side, haha. The film is shot beautifully in a colorful world, but includes very dark moments of cool humor.

8. What will make Umbrella Academy stand out from the current crop of Super Hero TV shows?

I believe the source material is so different from that of most superhero TV shows. It is very nuanced with the beautifully shot world playing to the audience’s imagination. With such a diverse cast and storyline, I think it has a universal appeal. It’s enjoyable for everyone.

9. In People of Earth, you motion captured the alien Jeff The Grey can you talk about what that experience was like?

I actually played Jeff the Grey by wearing prosthetics. It was a very interesting and cool challenge having my vision, hearing, and breathing be affected by the prosthesis. Though challenging at times, now I’m used to wearing prosthetics for a number of roles, and it’s a very rewarding experience. Jeff was an impressive and multifaceted character who had real depth to him, and I feel the prosthesis was able to capture this. It was a pleasure and honor to play Jeff.

10. What was the hardest and most rewarding part of Motion captioning this character?

The hardest part of playing this character was during my first two days on set. They were both outdoor shoots at the end of January in Toronto. I had a bad case of bronchitis and had to work in real and artificial rain. I had to layer up to stay warm, so I wore 3 sweaters and 3 pairs of long underwear underneath my motion caption suit. Some of the hardest days were during those circumstances, but I’m so proud of the work I did during those times.

The most rewarding was being able to physically represent such a lovely and unique character that people seemed to really love. I always try to be prepared when I’m on set so it’s very gratifying to have Pogo look so amazing and to have my work be appreciated. The Weta folks, who provided all the special efforts, did a stellar job of making Pogo come to life.

I’m happy to see that the genre is being more utilized in such beautiful ways. It requires a particular set of skills and special knowledge to do it successfully. As an actor, I’m always excited to grow and challenge myself and discover new ways to play. The sky’s the limit in terms of how Motion Capture can grow!

I’m flying back to Toronto next week for a bunch of improv shows, then I’m off to Ottawa to perform in the Ottawa Improv Fesitival as part of 2-MAN NO-SHOW. Then I’ll be back in LA for the remainder of pilot season.