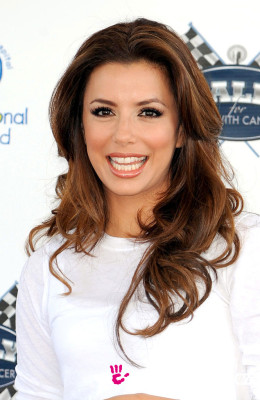 Eva Longoria will star in the half-hour comedy series Telenovela – set behind the scenes on a popular telenovela. Longoria will plays the telenovela’s wilful diva of a star, Ana Maria – and the drama on the show is nothing compared to the drama off-camera.

UNIVERSAL CITY, Calif. — Jan. 16, 2015 — In her return to a starring role on primetime television, NBC is teaming with SAG Award winner and multi-nominee Eva Longoria on the half-hour comedy series “Telenovela.”

NBC has ordered 13 episodes of the singlecam comedy that will star and be executive produced by Longoria. From Universal Television and Unbelievable Entertainment, “Telenovela” captures the hilarious behind-the-scenes craziness of a popular Spanish telenovela.

Longoria will play the willful but popular diva Ana Maria, star of Latin America’s most beloved telenovela who strives to stay on top in a world where the drama on-camera is nothing compared to the drama off-camera.

“There are few actresses with as much international appeal as Eva Longoria,” said Jennifer Salke, President, NBC Entertainment. “She is a perfect fit for ‘Telenovela.’ Her character will try to navigate the hysteria and high jinks that everyone must endure in putting together a daily show.”

Added Robert Greenblatt, Chairman, NBC Entertainment: “We love our producing relationship with Eva and we’re so thrilled she wants to step back in front of the camera to show off her comedic side on this show. In a world where telenovelas are so popular on Spanish-speaking television as the Latino audience continues to grow everywhere, we think this show is very much of the moment.”

Longoria is best known for her role in the long-running ABC series “Desperate Housewives” in which she played Gabrielle Solis. During the show’s eight-season run, Longoria won two Screen Actors Guild Awards and was nominated for a Golden Globe. She also won two Alma Awards and a People’s Choice Award.

Other television credits include a recent arc in the Golden Globe-winning comedy “Brooklyn Nine-Nine,” “The Simpsons,” “George Lopez” and “The Young and the Restless.”