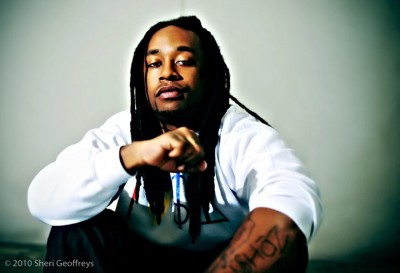 Last week I had the honor and privilege to do a phone interview with an upcoming hip-hop artist by the name of Tydolla$ign. Tydolla$ign is most known for being behind-the-scenes as a music producer but is now emerging as a recording artist on the west cost. His mixtape, titled “House On The Hill” is expected to be released May 2nd, 2011 and there are some great tracks featuring the likes of YG and Snoop Dogg. It was great getting to know Tydolla$ign and here’s how the interview went:

EM: First of all Tydolla$ign I want to say happy belated birthday and I appreciate you taking the time to speak
with Eclipse Magazine today.
TY$: Thank you sir and happy 4/20 to you. I appreciate you doin an interview with me

EM: My first question is how did you come up with the name Tydolla$ign?
TY$: The name Tydolla$ign was given to me by my homies. My real name is Ty and the homies just put the doller
sign on because I always have a lot of dollars in my pocket.

EM: What got you interested in hip-hop?
TY$: What got me interested in hip-hop is probably all that hip-hop is. I grew up on it. I grew up on a lot of hip-hop music.
I love East coast hip-hip, West coast hip-hop, Down South hip-hop…anything in music really. I like to play music in
hip-hop and I don’t only do hip-hop, I do all kinds of music, it’s fun

EM: What got you interested in music producing?
TY$: What got me interested in music producing is my father. He was in this group back in the day called Lakeside and he
always had equipment around the house. So when he wasn’t there, I would go in the studio turn his stuff on and
started messing around hoping I wouldn’t get caught. When he caught me, I thought I was going to get in trouble
but I didn’t get in trouble. I started to make beats of my own and since then I’ve been swaggin it up.

EM: Your first big break came when you produced and sang on YG’s song “Toot It And Boot It” How did you and YG team
up for that collaboration?
TY$: One of my friend’s Big B put us together. He was like, “Yo I want you to work with this kid YG. So I checked YG out
and he came through. The second or third song we did was “Toot It andBoot It”. The name “Toot It And Boot It”
came from my boy Nano; Nano was like, “Yo make a song called “Toot It And Boot It”, and I said, “What does that
mean?” He said, “f__k her and leave her”. I said, “Ok f__k it”. So I came up with the first half and when I got to the
chorus part I thought we should do, “woooahh” but then my homeboy 4800 was like, “Yo, say it like this,
“Woooooo- woo-woahh”, and everything came together. It was fun

EM: You may have just answered this but did you help write “Toot It and Boot It”?
TY$: Yes sir that is me singing the hook and that is me on the writing.

EM: How did you come up with the instrumental for “Toot It and Boot It”?
TY$: When YG came through, he was like, “Make a beat Ty, make a beat”. So after that sample, I was about to go to the
next one but YG was like, “Naw that s__t’s dope!”. So I was off with hi-hats and some snaps. Put it all together and it
came together like that.

EM: Now that you’re workin on your own solo album that’s going to be released soon, you released the single “All Star”
and you teamed up with Joe Moses. How did you guys come together?
TY$: Joe Moses is my partner and we came together for “All Star”. Not only are we good friends, but Joe Moses is
from a crew called All Out Bosses (AOB) and when I made the line “all out bosses” in “All Star” I thought of Joe Moses
because of his affiliation with AOB. After that it just fit together and it took off from there.

EM: Also two days ago you released the single “Mix It Up” and you teamed up again with YG.
TY$: “Mix It Up” is a preview to my mixtape and it will be coming out on May 2nd. “Mix It Up” is a song YG and I did that we
wanted turned up in the clubs so we added a bit of a dancin vibe, little bit of house vibe, and a little bit of hip-hop
vibe to it and we mushed them all together. We just put that up to let people know that we were about to come
out with some different s__t from the “House On The Hill” mixtape coming May 2nd. It inspires. I just want
everybody to go out and get that 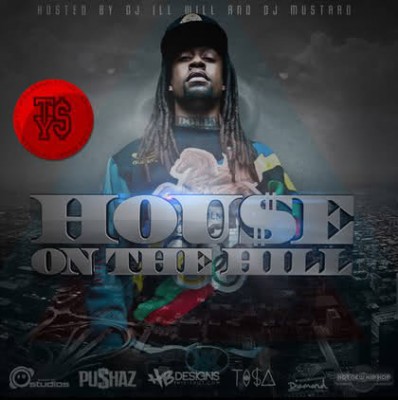 EM: Your debut album is called “House On The Hill” what inspired that title?
TY$: I picked House On The Hill cause I have a house on the hill overlooking L.A  and that’s where I did most of the
recording for it. So that’s why we called it that. Overall it is an experience that I wanted to give to my fans.

EM: What can we expect to hear from your debut album? Are the songs going to sound similar to “Mix It Up”
and “All Star”?
TY$: “House On The Hill” is a little bit of everything. It’s like house mixed with drum and bass mixed with
hip-hop with some hood s__t. Ya feel me? That’s what it is man.

EM: Those are all the questions that I have. I want to thank you Tydolla$ign for your time to speak with
Eclipse Magazine today. It’s been an honor. Thanks.
TY$: Thank you brother for having me and I appreciate you as well.

Tydolla$ign’s current single is called “All Star” and that can be found on  AMAZON also his entire album “House On The Hill” can be downloaded for Free on YouSendIt  Tydolla$ign can be found on Facebook, Twitter, and Youtube